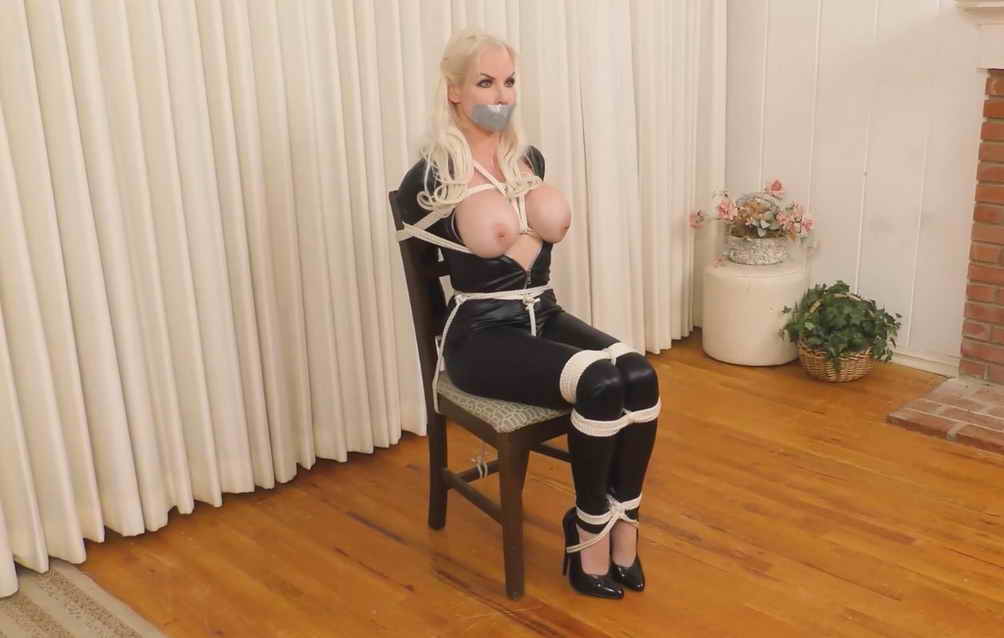 Cat burglar Alexis Taylor (in a black catsuit and high heels) is caught breaking into a mansion. In the conclusion of this fantasy, Alexis is now thoroughly tied to a chair. She tells her captor that by this point she’s reaching her limit for being bound and gagged, although she grudgingly admits the previous tie did feel pretty good. She sighs and consents to this final tie-up with the understanding she’ll be freed at the end. A cloth is stuffed between her luscious lips and several strips of duct tape are pressed on to hold the gag in place. The homeowner unzips her catsuit and reveals her copious breasts, and he wastes no time in fondling and caressing them. The subdued burglar responds to his touch with sexy, muffled moans, unable to hide her excitement. Once he’s gratified his desire, he decides he’d like to watch his helpless guest struggle in the ropes a bit longer before letting her go. Alexis pulls and twists against her bondage, hoping her captor will stay true to his word and set her free. The wayward beauty is, indeed, released and as she sits with the ropes that bound her nearby, she smiles and says if he doesn’t tell anyone about what happened, she may be back. She walks away, her sly trick to evade arrest is apparently a success! 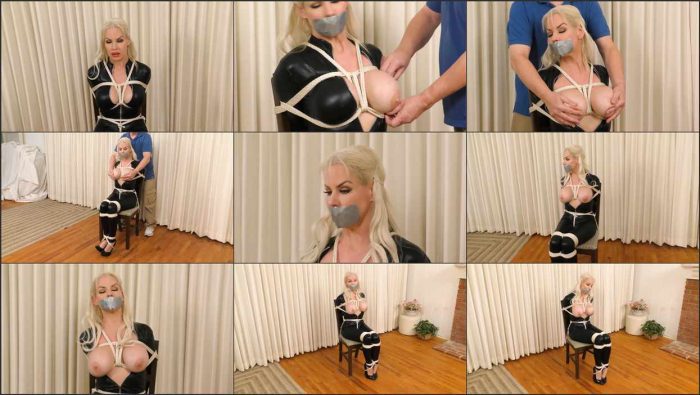 The Hazards of Octavia – Part One – Octavia Red, americandamsels