Home » General » Summer and Tony tied up, wraps his head with duct tape 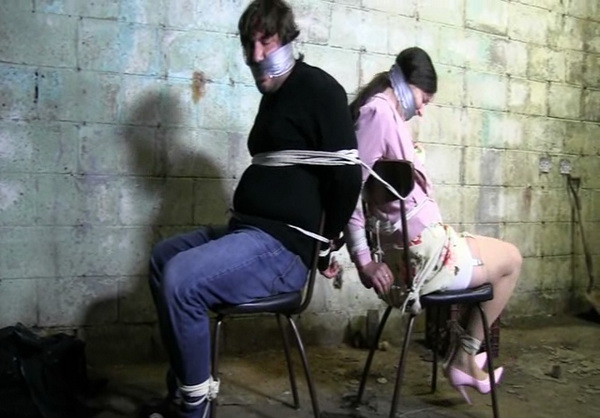 Damsel: Summer Peters JJ and her accomplice have a pretty wealthy mans daughter. The accomplice drags her with his hand over her mouth across the basement floor and into another room where she is seated and the female starts to tie her up. Both of the “bad guys” have stocking caps on as masks. JJ knows that her accomplice is actual an undercover cop, but she has a plan. They get the woman tied up, and the woman stuffs a pair or panties into the pretty girls mouth and then wraps her head tightly with duct tape. The two bad guys leave the room and the pretty female struggles around. The man appears and tells her that he is undercover and he is going to let her go.As this is happening the female grabs the weapon out of his pocket and forces him to sit in the chair. She quickly ties him up, stuffs his mouth and wraps his head with duct tape. Once she thinks he is secure she gets out of there… Daddys girl Summer tied up and help for ransom

Summer put up a fight, but she didn’t win

Dakkota and Tony bound and gagged, I’ll just pretend that I’m not onto you two