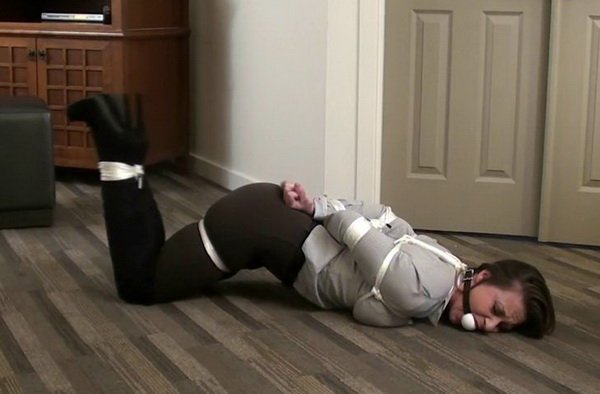 Sexy redhead Serene Isley gets in a bit of trouble when she is captured by a perverted stranger and taken to a secluded building where she is progressively tied, gagged and left to struggle! Poor Serene doesn’t know what is happening to her! She tries to be defiant…but it is no use…she is no match for her cruel captor! Sexy Serene is put through her paces…a huge white ballgag is buckled deep into her mouth to keep her quiet…tight white ropes are added to her voluptuous body to keep her immobilized! Little does she know but Serene has become the bondage plaything of her cruel captor! Serene Isley in Boots and Armbinder Forced Into Fetish

Wenona Roped Up and Ballgagged in Sexy Beige Ankle Boots