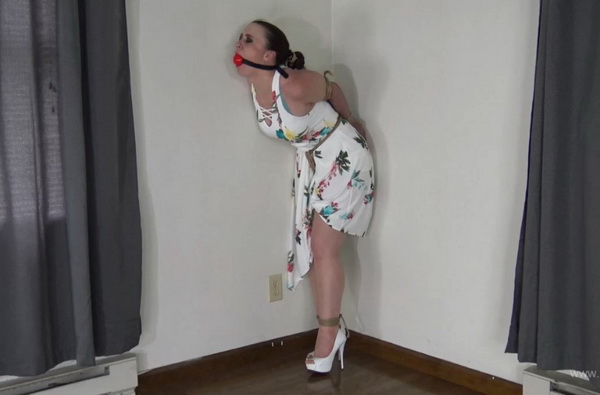 Serene was heading out to brunch with a few of her girlfriends. As she was walking out the door, she was grabbed from behind and dragged into another room where a ball gag was shoved into her mouth. The bad guy wanted to make sure the neighbors couldn’t hear her cries for help as he had a long afternoon on fun planned for the both of them. He takes her into another room where he binds her wrists, elbows, and ankles together. Serene struggles and moans behind her ballgag as she is left standing in the corner tied up. The man returns to the room with more rope in hand and adds a tight crotch rope to Serene’s bondage. He then ties her ponytail into the crotch rope her into an awkward position. Serene’s dress is tucked into her bondage to reveal her pantyhose and panties. Once the man decides he has had enough fun for the time being, Serene is left alone to struggle until the next fun begins. 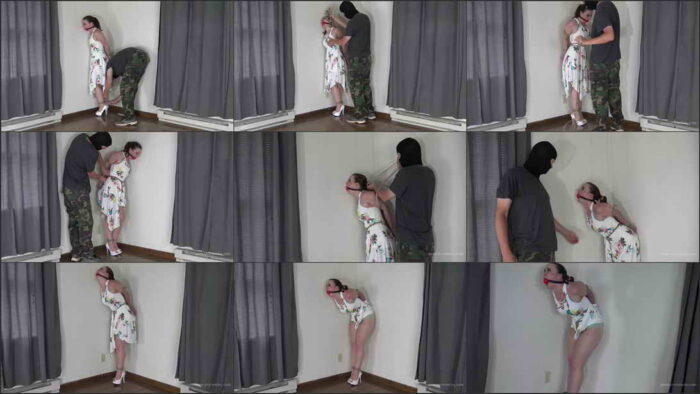