Home » Bondage F/F » Scarlet is bound and gagged. This will teach you to keep your big mouth closed! 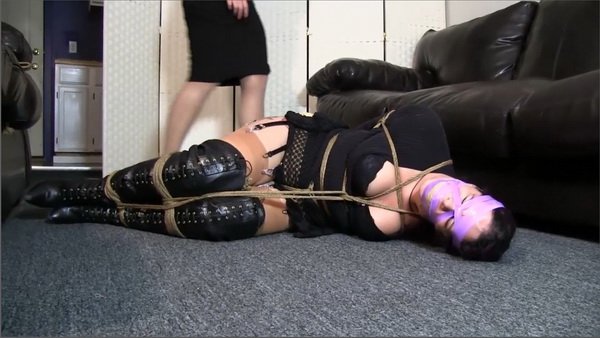 Scarlet is bound and gagged with an enormous harness gag. She struggles on the sofa before the woman who has her tied up enters. She knows Scarlet has been saying horrible things about her and emailing horrible things about her to other ladies in the neighborhood so she wants to convince her to keep her big mouth closed. Next she gets a sock gag with clear tape and a crotch rope and then vetwrap over it. Then a scarf is stuffed in her mouth and an ace bandage used as a cleave gag. The worst one for her. Obsessed stalker plans to make Riley into her own personal bondage barbie.