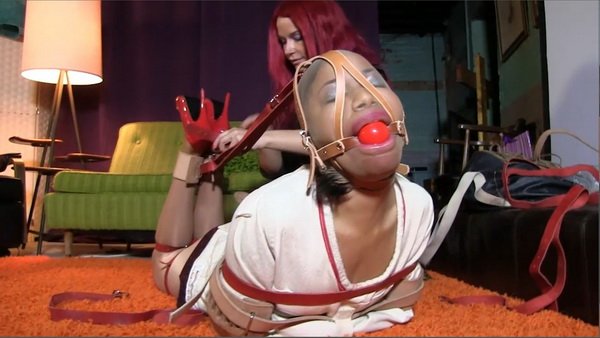 JJ saw a little cutie in the security cameras. This one didn’t break any rules but she wanted to have some fun with the girl anyway because it had been some time. She pays the director to just leave her straitjacketed at the end of his scene. JJ enters with the girl in a cage that belongs in a police van. She is in a straitjacket with straps and a harness gag. She drags the girl out and into another room. A new scene begins and a stocking cap is placed on her head and the gag put back on. she is hogtied in the straitjacket with her head pulled back and watched for a while. Then she is removed from the straitjacket. She is gagged with huge panties and clear tape. She is tied up and then microfoam put over her mouth. She is nipple clamped and her chest is pulled down to her knees. That is right, you aren’t the boss of me anymore & I’m getting revenge!