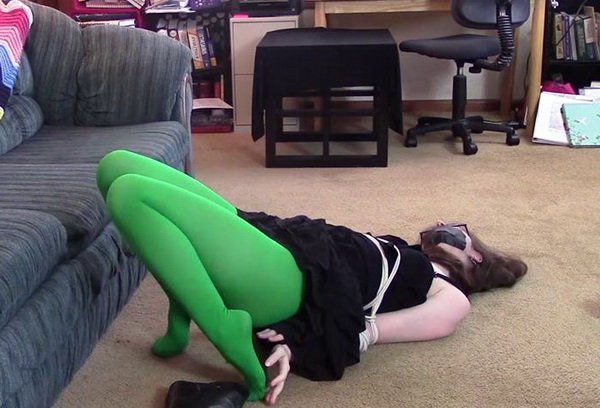 Ambrosia the natural submissive. Often with bondage videos you get fake stories of implied fear and peril. Those are fun of course. But they’re fake. You know it, I know it, everyone knows it. Which is why I like to show Ambrosia just being herself. She laughs, she moans, she wiggles, and it’s all her own doing. All I need to do is tell her when to stop. Even then she doesn’t always listen. This was one such video where I really didn’t have to do anything except turn the camera on and make sure she was in the shot. Everything else is all her. Including those green tights!