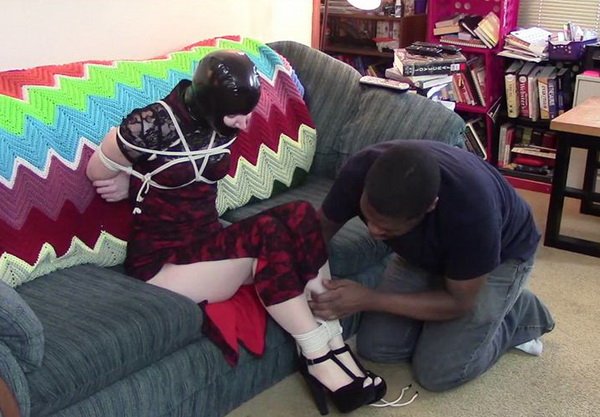 Sometimes Ambrosia refuses to cooperate. She just get’s all silly and it’s impossible to get her to focus. She’s always been really good at what she does though, so I can only conclude that it’s 100% intentional when she acts in such a way. So I had to assert some manner of authority. Tying her up is good start. Then stuffing her mouth and sealing it beneath a hood just made it nicer. She does her usual fussing and wiggling. I dunno if she thinks she’s going to win me over with that or what. However any goodwill is lost when she tries briefly to hop away. Lesson not learned…