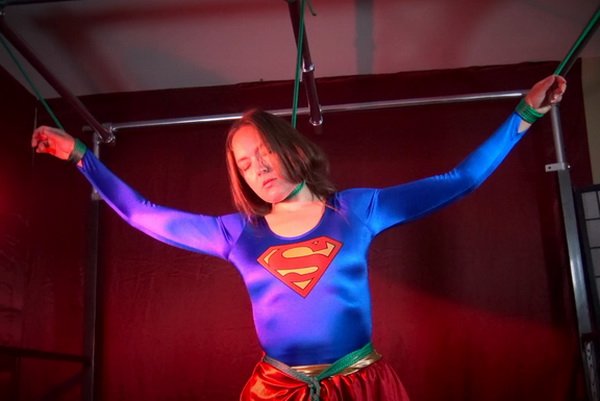 Supergirl scours the city until she finds Scarecrow’s hideout. She busts the door open not so subtly, determined to catch him and bust his slave ring. She moves up the stairs, thwarting henchmen with her super strength! Finally she comes to a strange room.. A room she cannot see into with her Xray vision. She enters carefully.. “What kind of foul place is this?” she whispers..
Just then a rope grabs her around the neck and hoists her up! Almost as if it had a mind of it’s own! She grabs the rope and tries to break free, but the rope glows green.. KRYPTONITE! A rope grabs her left wrist and pulls it out ward! Another grabs her right and painfully stretches her out! She struggles with all of her super strength, but the ropes won’t budge! Next her left and right ankles are grabbed and the ropes pull hard until she is left standing spread eagled and choking from the neck rope! 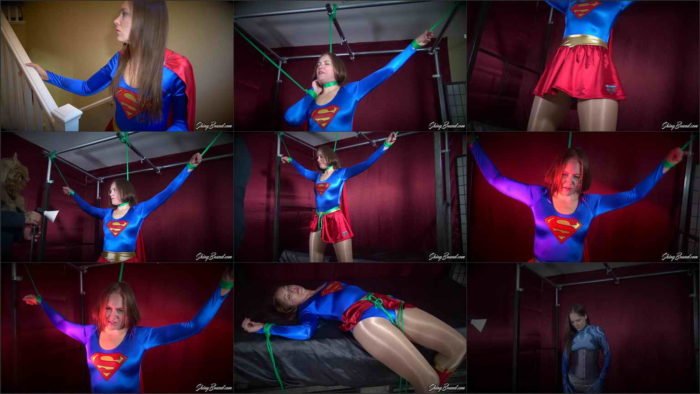