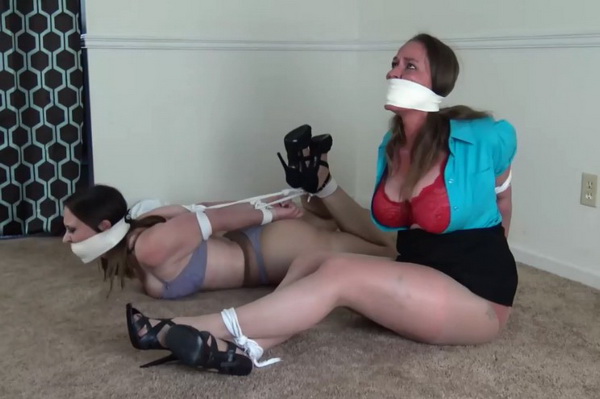 Pepper finds herself being roughly handled by an unknown man while her roommate is already tightly tied up and gagged beside her. Pepper tries to find out what the man wants but he is reluctant to answer her questions and only cares about getting her tied up and gagged. He forcibly binds her hands behind her back, tightly gags her, and cinches her ankles together. He then excuses himself as the two women struggle beside each other. He comes back after taking a look around the house to see what he can easily escape with. Before he makes his exit, he ties both of the damsels into hogties to make any chance of escaping near impossible. 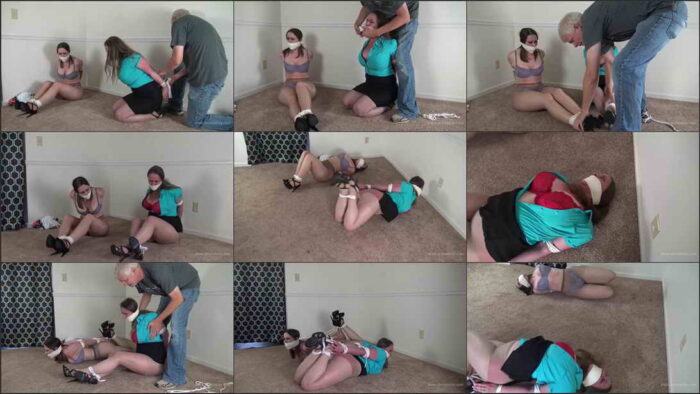 Serene Isley in Boots and Armbinder Forced Into Fetish