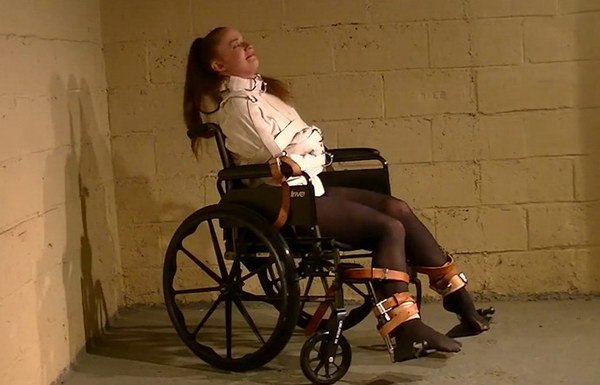 Pepper is in a mental instititution for treatment, but a shady orderly diverts her from her room to the basaement with the lie that they are out of rooms at the moment. Pepper is straitjacketed and strapped to a wheelchair and left alone in the basement. When she makes too much of a fuss he gags her to keep her from attracting attention..

Once she’s gagged and helpless, he tells her she’s in the only place in the hospital that doesn’t have surveilance cameras, so he can grope and molest her as he pleases.. then blind folds her as the part 1 of the video ends.