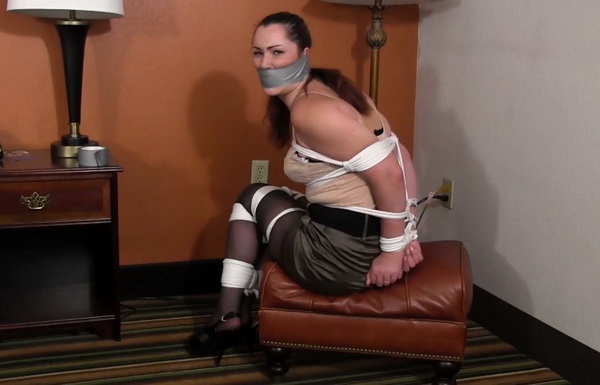 They want desperately to be accepted in the most popular Fraternity in their new college. But one of their initiation is to break into the room a member of the Senior Class and steal a pair of her panties. They have been told that the panties belong to a certain senior named Belle that they will be accepted without any further initiation. This is because Belle is the most popular girl in school and no one has ever been able to get a pair of her panties. The video begins with belle coming in her room to find her panty drawer has been ransacked. As she starts to put away her underwear, she notices the college freshmen hiding in her room. When she realizes, what is going on, Belle threatens to report them to the school dean. Seeing their dream of being accepted into the fraternity and also worried that being reported will get them in big trouble, the guys decide that they need to take action. They grab Belle and tie her up with rope. Then to shut her up, the stuff her mouth with a pair of her panties to gag her. Then after they get what they came for, several pair of her panties, they get ready to make their escape. But before they leave, they cannot pass up the opportunity for a real treat. A look up her skirt and a view of her boobs. Sometime later, Belle’s dorm room mate will come into find her struggling bound and gagged. 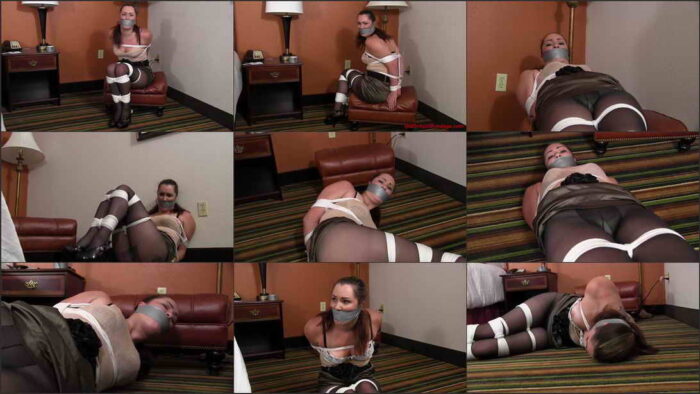 Enchantress Sahrye GNDB0416 – Tie me up and do whatever you want to me!
Get a PREMIUM Membership Now!