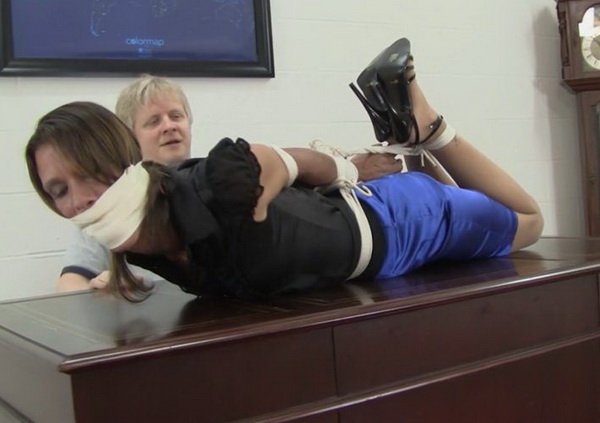 Stacey is sitting on Mr Big Boss’s desk with her legs crossed taking dictation when he decides that he’s had enough and grabs some rope from his desk bringing it around front where he begins binding her. He starts with her elbows first moving then down to her wrists. He takes a black ballgag next and gags her with it strapping it tightly behind her head before grabbing microfoam tape and winding it around the ballgag securing it even more tightly in her mouth. A waist rope is added next cinching her arms off to her body and Stacey finds herself thoroughly bound and gagged and being fondled by Mr Big Boss. He puts her up on the desk and binds her ankles next before coming around behind and grabbing her pulling her back and pushing her onto her stomach on the desk…