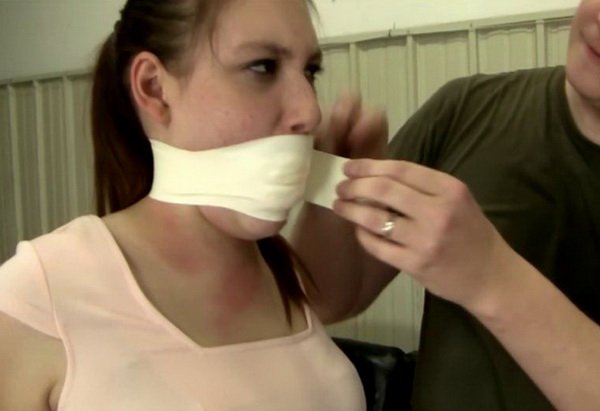 Ariel was on the phone sitting on her desk just about to end her day when suddenly a man rushes her from behind picking her up and forcing her arms behind her back tying them tightly. Her elbows are tightly tied next before she needs a bit of forceful coercion to accept her gag. He gropes her a bit before forcing her across to the warehouse where he forces her up stairs and into a small storage room where she’s tied off neck and ankles to eye bolts on either end. Ariel struggles and moans rolling around in the room trying to find some comfortable position or slack in the rope. Unfortunately for her, her captor knows his job all too well and she’s not getting out without some serious help. Hogtied Secretary Madalynn Raye A Little Deal With The Boss

Cinched and Secured Genevieve Rope Bondage – Pick This Mess Up!