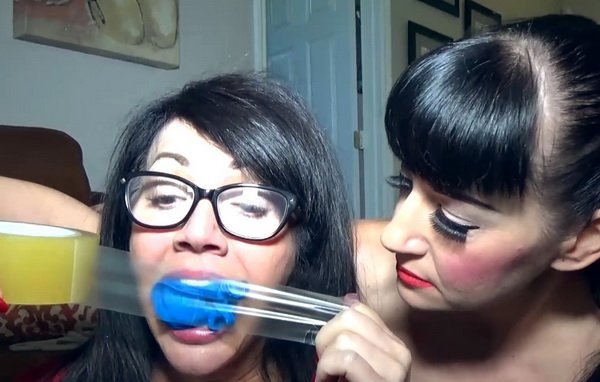 Nyxon has been dating MILF Gigi’s son Carmine for a few weeks, but Gigi is extremely unhappy about it. She invites Nyxon over to try & bribe her into breaking up with her son, but Nyxon isn’t having any of it. Her & Carmine are in love, and this overbearing Italian Mama isn’t standing in their way. Nyxon gets a little closer to Gigi & she quickly places her hand over Gigi’s big mouth, restricting her breath. The next scene opens up with Gigi tied tightly in ropes & Nyxon taunting her. To add insult to injury, Nyxon takes off her full back panties & shoves them into Gigi’s mouth. She then grabs some clear tape & wraps it around Gigi’s head, securing the panty gag into her mouth. She then pushes Gigi onto her belly, ties her wrists together & arches her into a tight hogtie. Gigi struggles & protests when suddenly Nyxon gets a text from Carmine asking her to meet him later. Nyxon takes a photo of poor tied up Gigi with her phone, then trots out the door leaving Gigi to struggle on the floor. 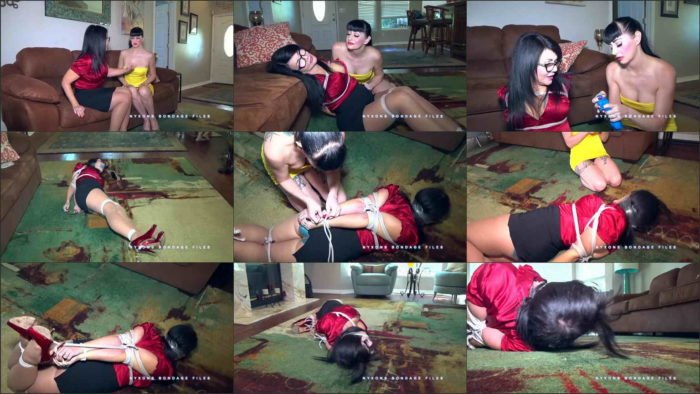