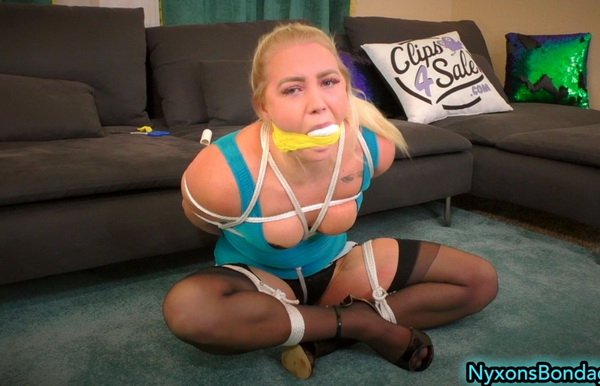 Nyxon is in a kinky mood, but is really bored of what the dating apps have to offer, so she decides to try her luck by calling one of the phone numbers in the back of a kink magazine. When her escort Ally May arrives, Nyxon is super excited to get things started, but Ally May just isn’t into anything that Nyxon suggests. Frustrated & irritated, Nyxon grabs Ally May & places her hand over her mouth until she’s limp on the couch. Now, it’s time to get some rope & really get this party started. When Ally May wakes up, she’s frogtied on the floor with her wrists behind her back. She asks Nyxon to please let her go, but Nyxon responds by shoving a white rag into her mouth & wrapping yellow vet wrap around her head. She tells Ally May how she’s disappointed that she paid top dollar for such a dud of an escort, but that she’s going to call a few more number sin the back of the magazines & hopefully get some really kinky people over to show Ally May a really good time. 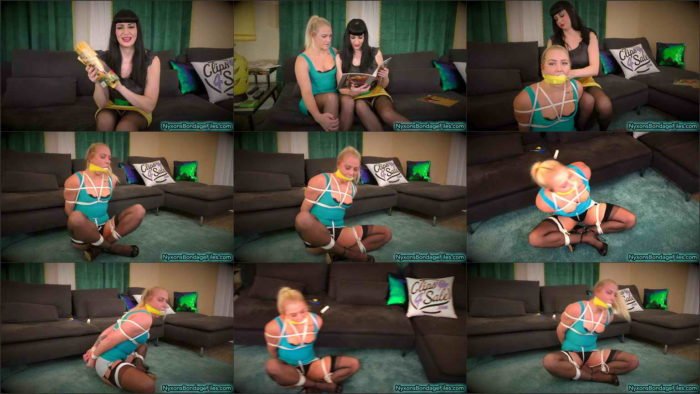