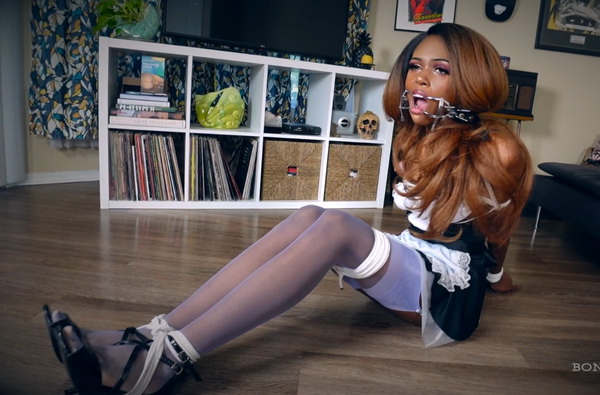 Nyxon’s had it with her maid. She’s always on her phone making TikTok videos instead of cleaning the house & Nyxon feels that it’s time for some punishment. She calls Anastasia into the living room to question her about why there’s so much dust, and Anastasia arrives with her face in her phone. When she tells Nyxon that she has a social media presence to keep up, Nyxon produces a Jenning’s gag & tells her she’s going to be punished. The next scene opens up with Anastasia tied up & kneeling on the floor. The gag has been placed into her mouth & it’s cranked open nice & wide. Nyxon removes her high heels & makes Anastasia lick her pantyhosed feet clean. After a few minutes, Nyxon grabs Anastasia’s phone & makes a video to post onto TikTok that will undoubtedly go viral. 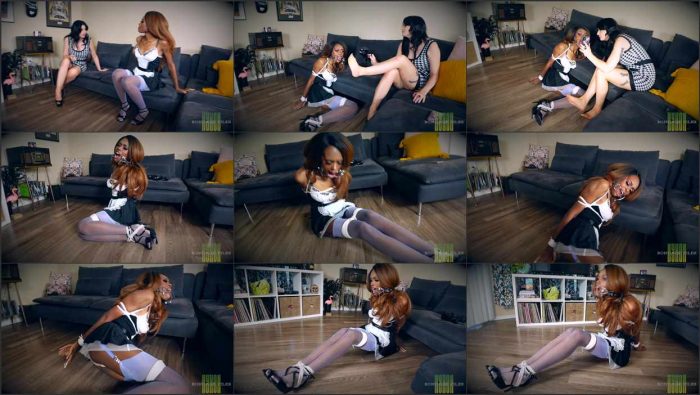 Nyxon & Claire Irons… She Knows What She Did, nyxonsbondagefiles

Nyxon & Fina… You Asked For This, nyxonsbondagefiles