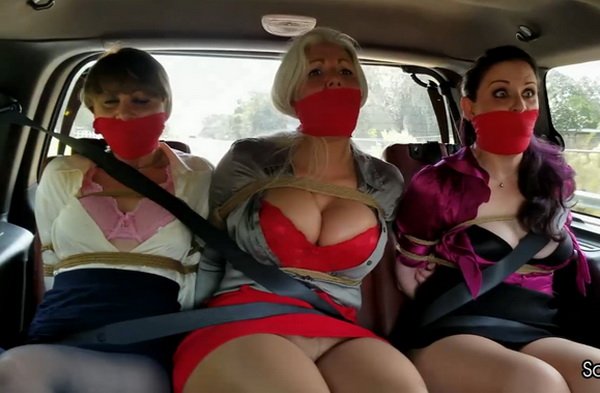 One-by-one the three sexy executive assistants are marched to the huge SUV awaiting them. Their arms already pulled tight behind their backs, bandanas cleaved between their teeth. Blouses torn open revealing their lacy bras. They protest and try to break away from the hulking, brute sent by the rival company who is leading them to the vehicle, but he is too strong. The first to be led out is the buxom, office manager, Sandra. Soon followed by her long-legged secretary, Vivienne and finally the fiery saleslady, Caroline. He seatbelts all three ladies in (safety first) and ties each of their legs together at ankles and knees. Then it is time to hit the road. We watch as the journey takes them down streets and highways at high speed, eventually leading down a rural road to the dilapidated hideout where our damsels in distress will be kept, until right after the rival company’s IPO… 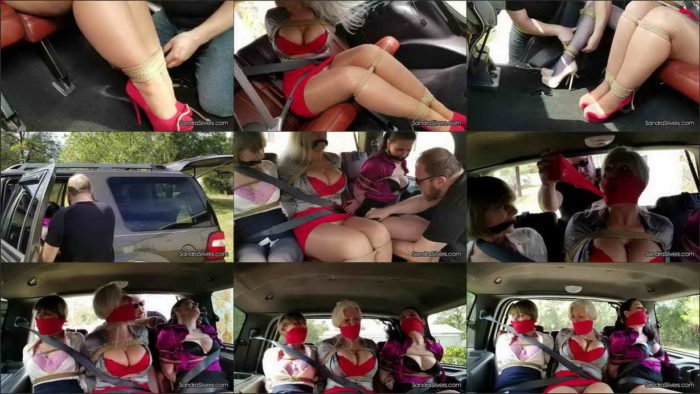