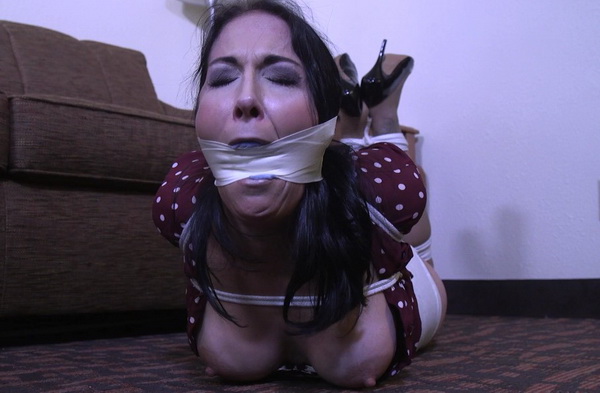 His boys were suppose to be at their Hockey game. So when he came back to the hotel room, he expected to find only Raven, their Nanny. When he walked in, he called her name. Suddenly he heard a moaning sound coming from the bathroom. He tried the door, but it was locked. As he listened, the sound was definitely Raven and it sounded like she was having sex. But as he called his wife to figure out what was going on, Raven came out of the bathroom and the man saw she was bound and gagged. He told his wife he would call her back and then he removed the gag so Raven could explain. She told him that his boys tied her, gagged her and locked her in the bathroom. This angered the man and he started figuring out how he was going to punish his boys. Then he noticed something was not right. Raven had been gagged with a ball gag and the man knew his sons did not own anything like this. Raven told the man the ball gag belonged to her and explained that she let his sons tie her up, “Again”. She explained that she liked being tied up and in the past, they had tied her, but then let her loose, soon after. This time, they left her like this locked in the bathroom. Knowing he and raven would be alone for several hours, the man could not resist. So he decided to tie Raven back up. This had her very excited and turned on. In a very short time, the man had his nanny tightly bound and gagged. Seeing raven struggling like this and very turned on, the man planned to take full advantage of the situation. 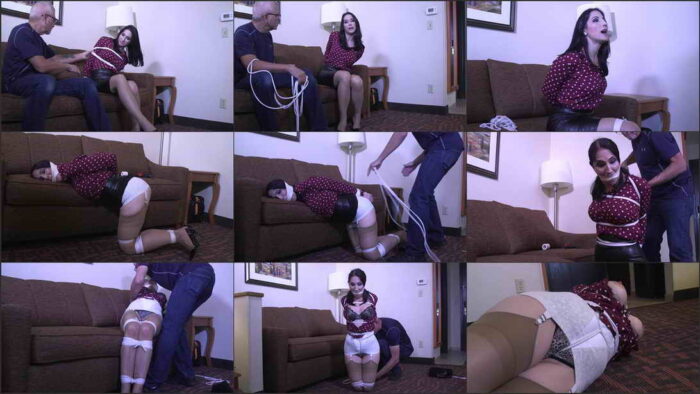 Raven Eve Transformed into a girl and tied up as a girl, gndbondage

Lauren Phillips – He took the wrong girl! But she didn’t mind being his bondage slut, gndbondage