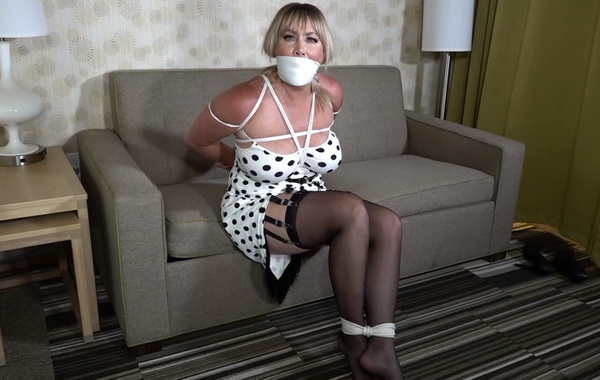 Jamie is babysitting a couple of troublesome guys. She agrees to play Cops & Robbers with them. A short time later, Jamie’s cell phone rings. But, she cannot answer. This is because playing Cops & Robbers involves her getting bound and gagged. Some how, she manages to get to the phone and finds the man of the house on the line. She tries to plead with him her situation. But, the man cannot understand. Then he realizes what is going on. “Are you tied up and gagged?” he asks her. When she tells him that she is, he tells her that he will be on his way home. But by the time he gets there, Jamie will be hogtied and crotch rope with her big tits bouncing about. 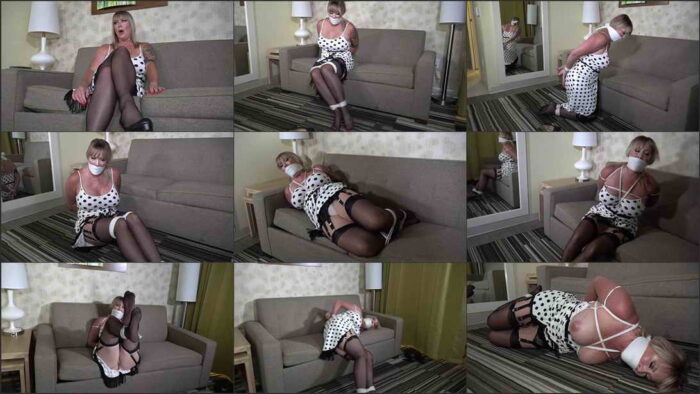 Housewife Rachel Adams tied up, gagged and left stuffed in the attic

Too much yapping got the MILF’s mouth stuffed

[olderwomentied] Look at you! All tied up and gagged! [Sahrye, tape gag, rope bondage]

Some Blind Date this is! Sarah Gregory all tied up and gagged

Summer Cummings Tied Up and Gagged – I need to get to the telephone before he gets back!
Get a PREMIUM Membership Now!