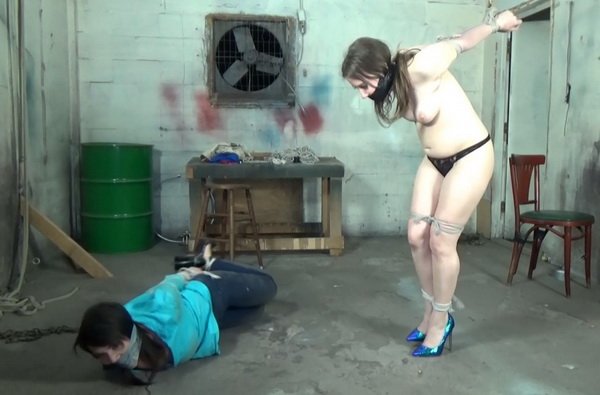 I brought my beautiful daughter Brooke Bliss at a job interview and waited in the car. Little did I know that Jim Hunter, the man who set up the interview, was a perverted bastard. I was just sitting in my car unaware that he forced her to strip then shoved a big gag in her mouth and gagged her with thick electrical tape. The creep tied up her arms behind her back crushing her elbows together while she sobbed like a baby. He attached her bound arms to a hook and wrapped her legs tightly with more rope. Poor Brooke was terrified and tried to scream out for me through her gag. I didn’t hear a thing but as time passed I decided to go inside to see what was taking so long. I entered to find my precious daughter brutally bound. The bald bastard jacked me up against the wall as I begged him to take me and let her go. He stuffed my mouth and wrapped layers of duct tape around my face then tied my arms the same way. The pain was excruciating but he didn’t care. He continued to add more rope then laid me on the dirty floor in a brutally tight hogtie. He left Brooke and I struggling helplessly with a promise to return shortly to have his way with us … 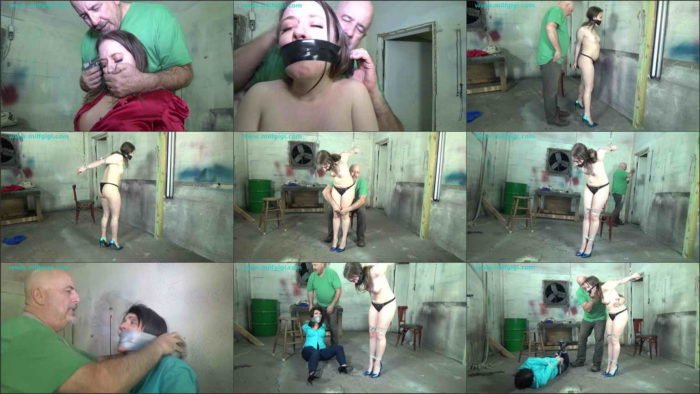