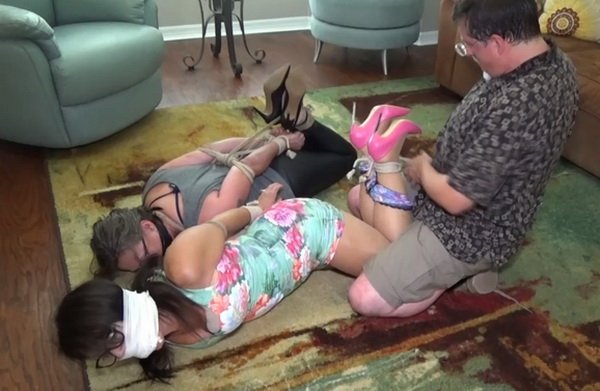 MILF GiGi’s Bondage Fantasies – Two hogtied in a burglary gone bad. I wake up to find two bumbling burglars in my house attempting to rob me and it is apparent the man is a total idiot and his woman Genevieve is completely in charge. She demands that he tie me up and he binds my wrists together behind my back. When Genevieve goes off to find the safe I make a play for Ray telling him we can fuck if he lets me go. He says he needs to make it look good for his partner in crime so he binds my ankles. I promise him a great time and rub my ass up against his cock. He pulls down my panties to gag me but is too stupid to realize my ankles are bound. Instead he stuffs a rag into my mouth and wraps my face with layers of elastic. I struggle on the floor watching as Genevieve comes back and continues to insult him. Finally he does what I told him to do grabbing her roughly and tying her up. He binds her arms behind her back, gags her then puts her in a hogtie. I think he’s going to untie me but he decides he doesn’t want either of us so he cranks my elbows together cinching the rope tightly and finishes me off in a hogtie. He leaves the two of us bound, gagged and struggling while he makes off with the jewels from my safe! 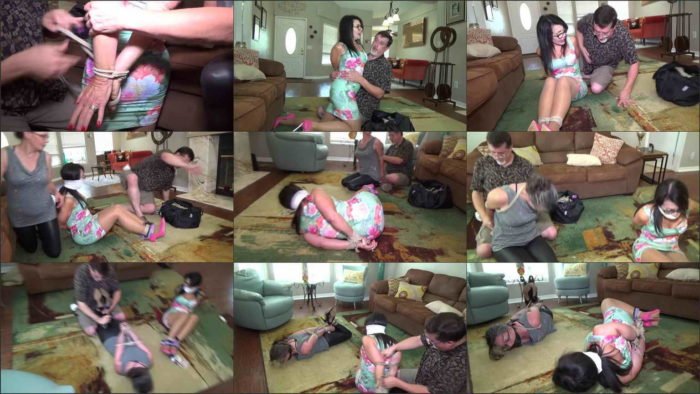