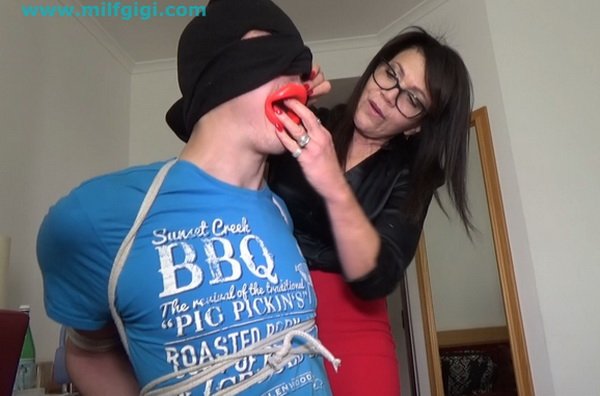 Male Bondage, German boy Peter Berger has been robbing the tourist hotels in Munich. I am determinded to catch him and make an example of him. I sneak up behind him as he’s in the middle of ransacking a room and demand that he freeze – hands up or else! I quickly rope up his arms behind his back cinching them very tightly. I choke hold the boy before adding more rope. I decide to up the ante to make him suffer more so I yank up his bound arms in a cruel chicken wing. The poor boy begins to get the message now! I peel up his mask and force rubber lips into his mouth making him look like a cock sucking girl. Then I wrap his face with thick white electrical tape gagging him into silence. I push him on to the bed to finish roping his ass up. I add some leg rope and finish the bandit boy off in a tight chicken wing hogtie leaving him humiliated and helpless! 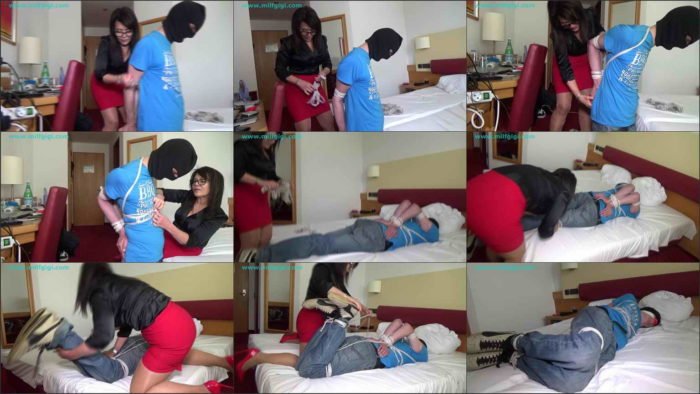