Home » Bondage M/F » Liz Andrews – You are not going to leave me tied up like this! oldschoolbondage 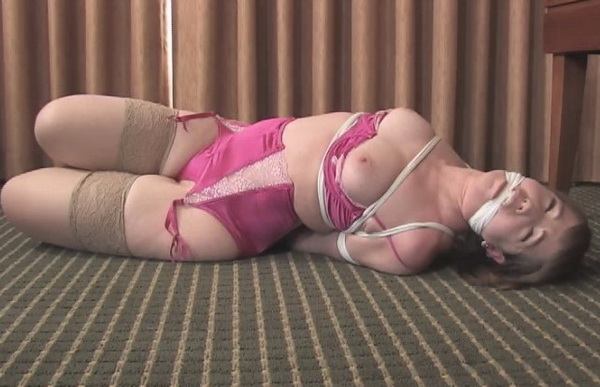 Elizabeth told the man where he could find what he was looking for. She even offered to take him and show him. But he wanted to go alone and he was going to make sure Elizabeth would be there when he got back. “Get your clothes off!” He demanded. So reluctantly Liz took off her blouse and her skirt. “Get on your knees and put your hands behind your back” He told her. He then tied her up tight with rope in her bra, panties and garterbelt. “I can’t have you screaming for Help! So Open Wide!” And when Liz did as she was told, he roughly stuffed her mouth and then tied a rag tightly between her teeth to gag her. When the man left her as he prepared to leave, Liz started trying to find a way to get loose. When she realized that the rope was tied too tight, she tried to get to a window, hoping she could stand up and attract some attention from outside. But the man returned and pulled her away. To make sure Liz couldn’t cause him anymore problem, he hogtied her and pulled her boobs out of her bra. As the man left, Liz tried to beg him “Please don’t leave me like this” 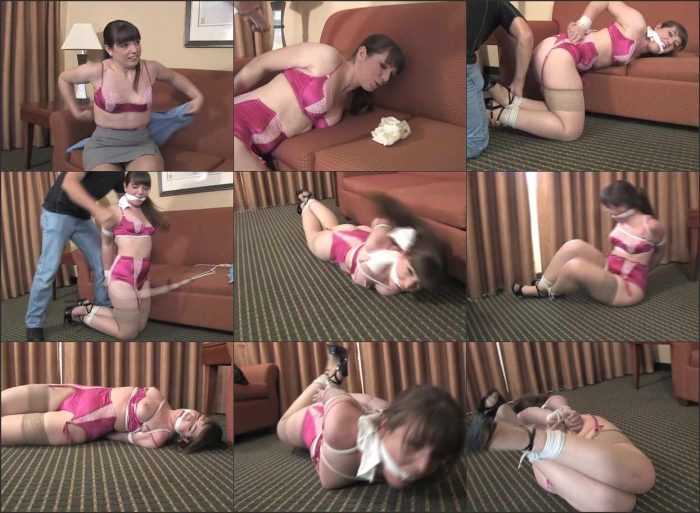 Christina Carter – Tied up so he could see my panties, oldschoolbondage

Manell – Open Wide! So I can stuff your mouth! oldschoolbondage

Carried upstairs to tie her up, gag her and keep her tucked away, oldschoolbondage

Sahrye – Tie me up tight and watch me wiggle out of my skirt! gndbondage

Danni Lyons – Actress gets the part tied up and gagged, oldschoolbondage