Home » Bondage M/F » Manell – Open Wide! So I can stuff your mouth! oldschoolbondage 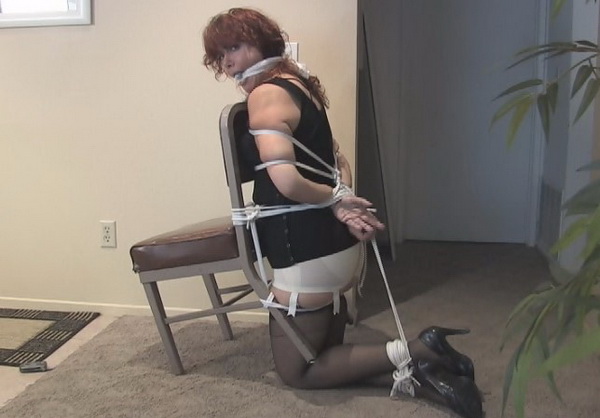 Manell is a Madam who has several girls working for her. Today one of them must have pissed off one of her customers. Because as Manell is on the phone, a man sneaks up on her. When she hangs up, he covers her face with a rag and Manell to pass out. When she wakes up, Manell finds herself all tied up with rope. Then, before she can scream for help, the man roughly her mouth open and stuffs a pair of panties in her mouth. He then ties a rag very tightly between her teeth to gag Manell. With Manell trying to protest, the man lifts her and makes her kneel next a chair. He brings out more rope and ties Manell to the back of the chair. Then to keep her head still the man ties a rope around Manell’s neck and fastens it to the chair. After leaving Manell to struggle tied to the chair for a short while, the man returns. He removes Manell’s gag but then puts a Dental gag in her mouth and tells her, “OPEN WIDE!” as he clicks the dental device open. This Manell’s mouth wide open for what he plans next. Manell soon finds out exactly what is next as he gets in front of her and un-buckled his pants. With Manell trying to resist, the man grabs her by the head and with her mouth open, there is nothing she can do. When he is finished with her, the man re-stuffs the panties in Manell’s mouth and ties the cleave gag back in her mouth. The video will end with Manell on the floor still tied to the chair. The door bell will ring and Manell will do her best to scream through her gag for help. 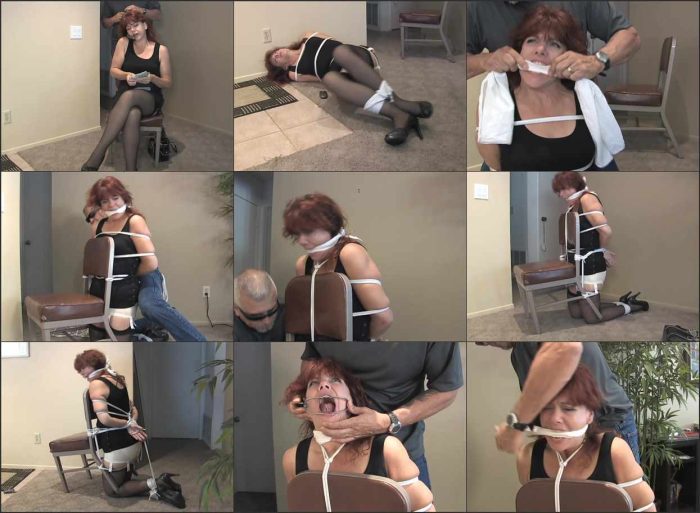 Siouxsie Q – No one could hear me! I was tied up and gagged in the kitchen! gndbondage

Christina Carter – Tied up so he could see my panties, oldschoolbondage

Chloe Nicholle – Rich girl tied up naked with her panties taped in her mouth, oldschoolbondage

He robbed me and left me tied up and gagged like this! Shauna Ryanne oldschoolbondage

Savannah Costello – Tying up the School Principal in Lost and Found, oldschoolbondage

Ginger Sparks – Tied up with my tits out and my curvy ass in the air! gndbondage

Luci Lovett – Tie me up and gag me with my panties! gndbondage