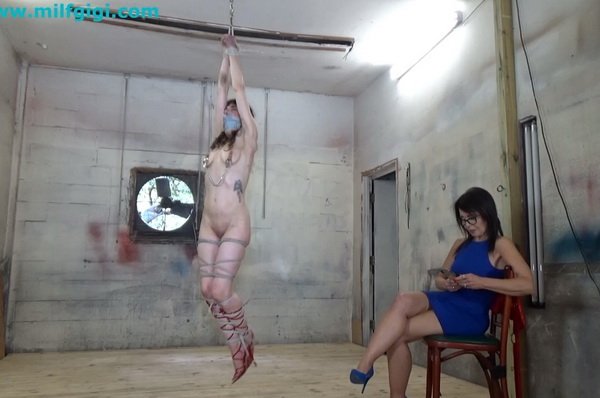 Spoiled rich British girl Red finishes dressing in front of the mirror lacing up her strappy stiletto high heels. She admires herself giggling saying “every girl is going to want to be me and every guy is going to want to do me”! As she opens her front door to leave she’s ambushed by a big masked man who wraps his meaty arm around her throat and she tries to fight him off but she’s no watch for his arm tightening and she collapses in a limp heap. He carries her off … when Red awakens she hanging by her wrists in an abandoned building. She cries out for help begging daddy to help her but no one answers her. The frightened girl kicks her legs struggling desperately in the grueling wrist suspension. The daddy’s girl cries, shakes her body, kicks in the air with her sexy legs, but everything is useless and it only increases her pain and frustration. She stays like this for hours until I come in without explaining anything and without answering her desperate questions. I take some photos of the suspended suffering girl and say that her father shall be very pleased to look at them. Red begs and pleads but I threaten to gag her. Her father informs me he can’t withdraw the huge sum of money until the morning and I leave the helpless frightened girl hanging there all night. The next morning the petite Brit is still suspended to the ceiling. Her dress is still on but her legs are massively tied and she is heavily tape gagged because she has been too noisy sobbing during the night… 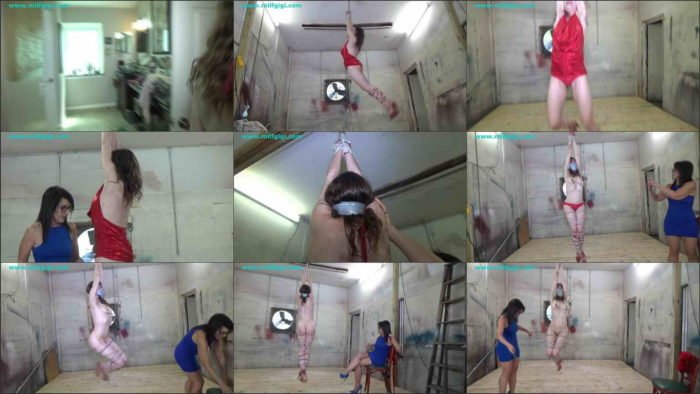