Home » Bondage M/F » Lauren Phillips – Tie me up and fuck me! Make it look like you robbed me! 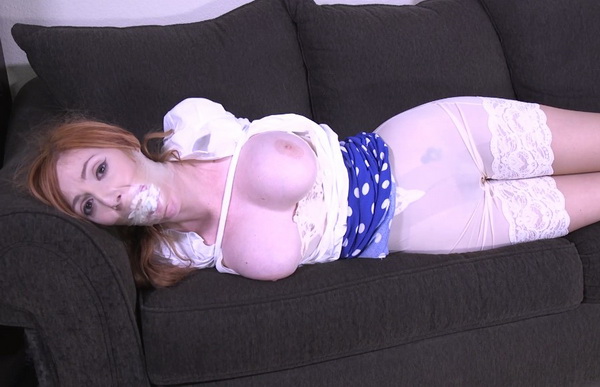 He is on the run from the law. He needs to borrow his friend Lauren’s car. She tells him “No Way! If I loan you my car, I will also be in trouble!” But then Lauren comes up with a better idea. “Tie me up and make it look like you robbed me of my car!” She tells him. As he ties her up, Lauren tells him being tied up has her really turned on and just before he gags her, she suggests that he has his way with her. This will make it look even more realistic, she thinks to herself. Lauren is left to struggle all tied up. Her mouth is stuffed with a pair of her panties and taped in her mouth tight. Lauren is so turned on, she can hardly wait for her friend to pull her pantyhose and girdle down so, he can give it too her hard. She is in for disappointment though. Because her friend decides to leave her before he can give her what she wants. 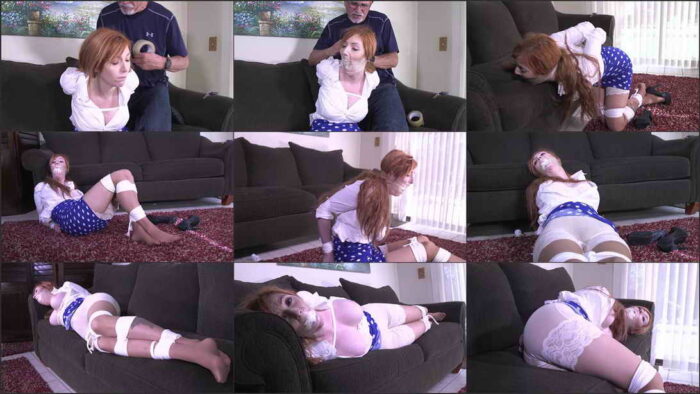 Joyful Girl bound and gagged GNDB0483 – Hey you’re not the college boy from next doormmmpph!

Nadia White – If you want to get into my panties! You’re gonna have to tie me up! gndbondage

Hannah Perez – We found some lady tied up in the neighbor’s basement! gndbondage