Home » General » Lauren Kiley – As long as you don’t tell anyone you caught me fucking the neighbor! gndbondage 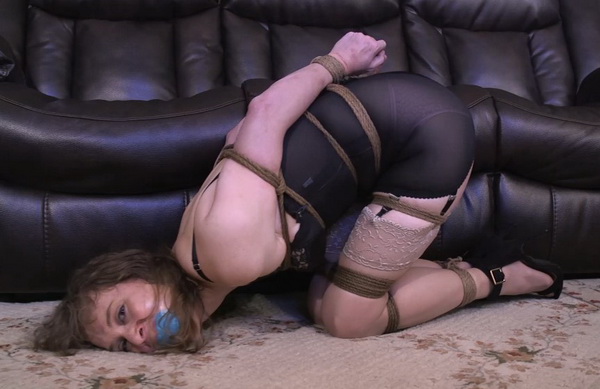 Lauren was baby sitting for some family friends. She was also having an affair with the neighbor of these friends. Today she had the neighbor over for a little bit of mid day fun. But there was also an older boy who lived there and Lauren forgot that today he would be coming home early. So when he came home and caught her, she had some explaining to do. Unfortunately for her, she had recently got this guy in some big trouble with his parents and he was not going to be so cooperative with keeping her secret. Lauren was at his mercy and told him that she would do anything to gain his cooperation. He decided to give her a break. But only if she let him tie her up in his step-mother’s lingerie. The next thing she knew, Lauren found herself all roped up and it was very tight. She reluctantly started to complain and that got her gagged with her mouth stuffed and taped. Then she was to struggle around on the floor for him. Lauren was humiliated and also in very much pain. But she had no choice to endure the situation. Later, things only got worse when her bra was pulled down to expose her tits. But that was actually a good thing. Because the boy was old enough and Lauren was actually starting to get a little turned on. 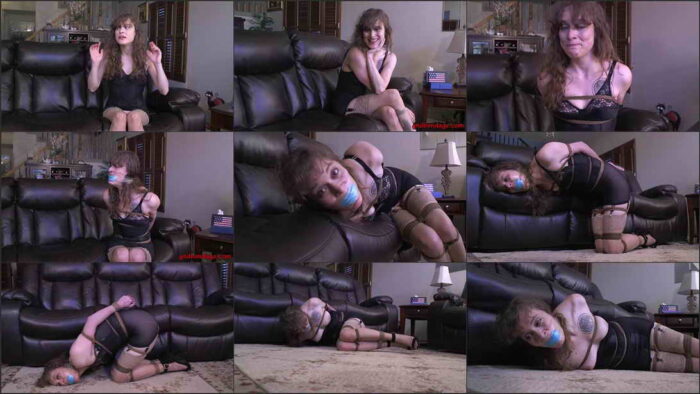 Goldie struggled bound and gagged, I let you tie me up in your mom’s girdle!

Cassandra Cain gndbondage – Wouldn’t you rather tie me up! GNDB0481

His pregnant girlfriend Lindsey caught him tying up and fucking another woman, gndbondage

Ashley Renee – I have your girl friend tied up with her tits out! gndbondage