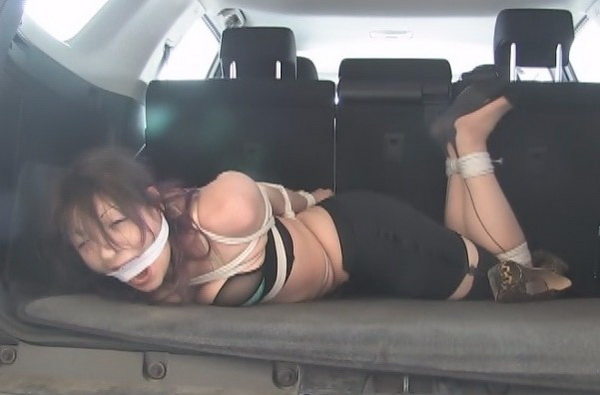 Kali is an undercover Vice Cop posing as a. When she is picked by a man who makes a proposition, she tries to arrest him. But he some how turns the table on her. The video begins with a car backing into a garage. When the driver gets out and opens the back door, Kali is hogtied and gagged in the backseat. The man pulls her out of the car and lifts her up over his shoulder. he then carries her inside where he puts her on a chair and adds more rope to restrain her better. After removing her gag to give Kali a drink of water, she starts screaming for help. So the man roughly re-stuffs and ties a wad of cloth in her mouth to gag her again. It turns out that Kali has fallen into the hands of a man involved in snatching women to sell them off as Sex Slave. As she struggles hard to get loose, the man makes a call to his connection. After he is given a location to deliver Kali, he lifts her up over his shoulder again. Then with Kali bucking and kicking, he carries her back into the garage and loads her in the back cargo area of his car. Kali squeals through the gag in protest as the man locks her in the car and drives to deliver his bound and gagged cargo. 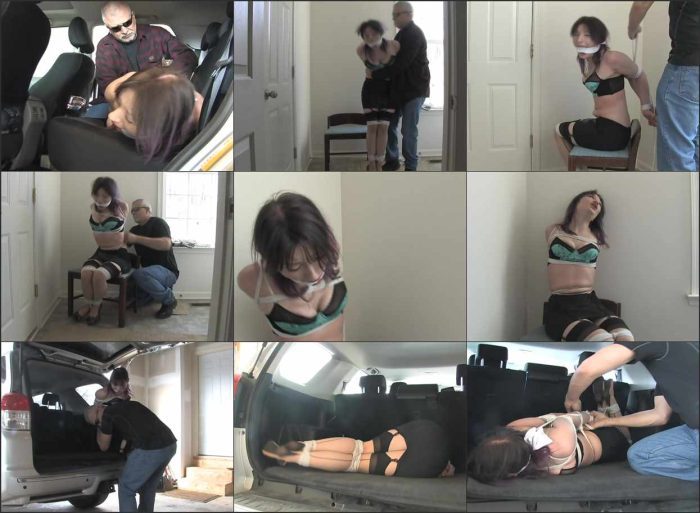 Teacher made me sit in the corner tied to a chair! Chrissy Marie oldschoolbondage

Secretary Hannah Perez tied, gagged and tucked away behind her desk, Oldschoolbondage

Lauren Phillips oldschoolbondage, I have the big busted snoop tied up on the kitchen floor!

She dared him to tie her up, Star Nine oldschoolbondage

Crystal Frost – Bound and gagged with a pillow case over my head! oldschoolbondage

Serene Isley – Snooping cop tied up and locked in the bathroom, oldschoolbondage