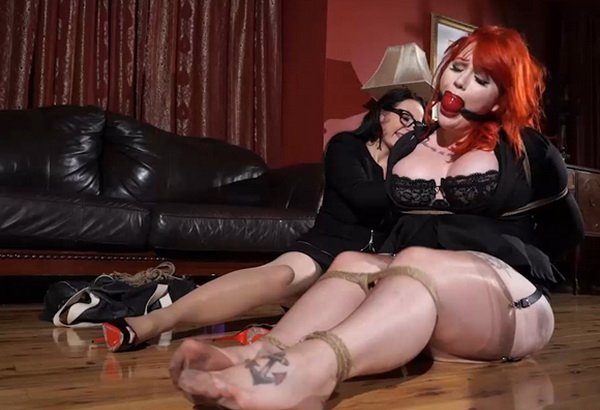 Ramona is a very sexy woman with an incredible face. She isn’t the brightest gal on the block. She decides she is going to hook up with a boss to get what she wants, only it isn’t her boss that appears, it is a jealous coworker. Ramona thinks maybe the boss is going to join them both. She is kind of playful about the situation but the woman from the office isn’t there to joke around. She takes off her glasses and realizes they are fake! She ties her hands and runs a crotch rope, she gags her with a big red ballgag that looks specifically like it was made for Ramona… Constance bondage – Satin clad secretary tied up against her will