Home » Bondage M/F » Getting even with the baby sitter from next door, Bella Ink gndbondage 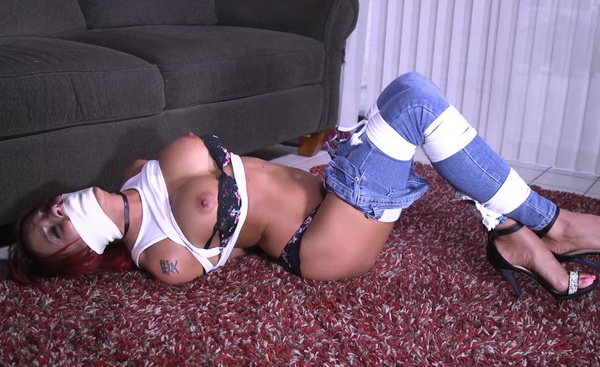 He was on his cell phone when he heard a disturbance at his patio door. When he looked, he saw the neighbor girl, Bella open the door and walk in. Her hands were tied behind her back with a neck tie and she was also gagged. Thinking something bad happened to her, the man removed the gag. But it turned out nothing really bad happened to her. She told the man that she was babysitting and let these boys tie her up as part of a game. When they left her with out untying her, she got her ankles free and escaped. The man started to finish untying Bella. But then, he remembered something Bella did to him that got him in trouble with his wife and he stopped. Leaving her hands tied, the man reminded her of this incident and told her that he was going to get even with her. Before Bella could say anything, the man stuffed and tied the gag back in her mouth. He then used rope to tie Bella up very tight and secure. Once he had her all trussed up, the man pulled her big tits out of her bra and pulled her pants down too. Bella struggled to get loose. But she was well tied and the gag kept her from making very much noise. Eventually Bella would get the man to untie her. But not before she let him do naughty things to her. Things she promised not to tell his wife. 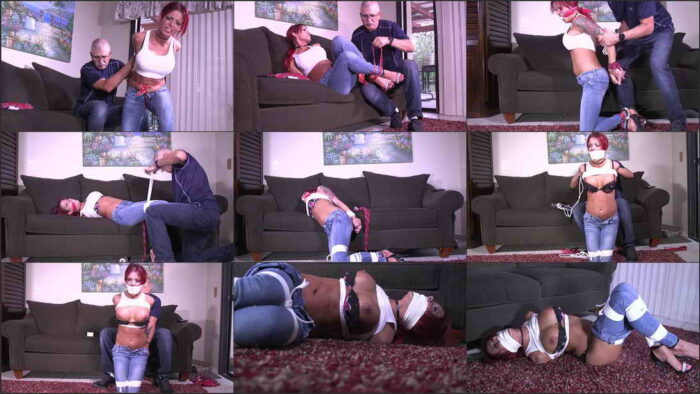 Mallory gndbondage – Lady of the house found hogtied on the couch