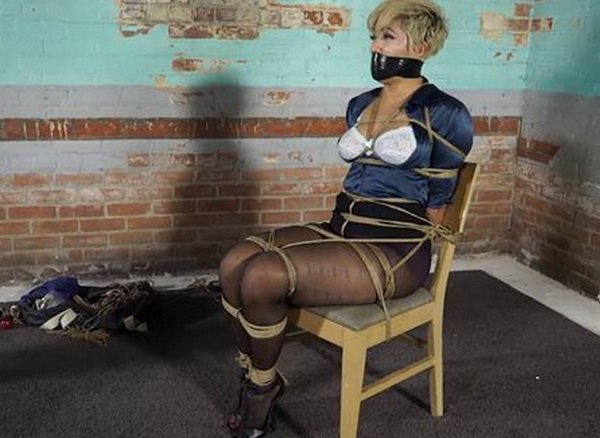 Sahrye says she didn’t know her man was a pillhead and in debt to these two girls (Adara & JJ Plush). They want to torture her a bit for his lack of respect for them. We will see how much he loves her when he sees photos of her all bound up..hopefully enough to pay off his debt and prevent her from being sold off to some really bad guys. Sahrye is manhandled and put into a strappado, tied to a chair, gagged over and over again, nipple clamped and humiliated… [borntobebound] I came back to shut you up… [chair tie, gag video, tape gagged]

Dixie Comet, Scarlet Morgan – she liked it too much to be a very convincing damsel in distress