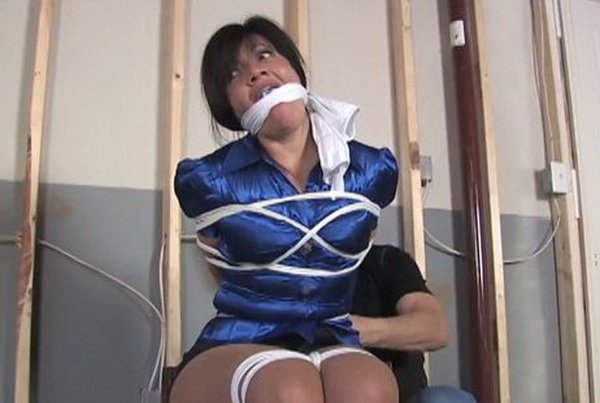 Gigi was about ready to go out when she heard a noise in her basement. When she went down to investigate, she saw her cat in a back room and thought he made the noise. But Gigi didn’t notice that a masked man walked up behind her. Just as she was about to turn and leave, the man grabbed her and wrestled her back into the room. With Gigi putting up a fight, the man forced her onto a chair and tied her up with rope. Once he had her all trussed up, the man stuffed and tied a wad of panties in her mouth very tightly to gag her. Two MILFs tied up and gagged behind the bar