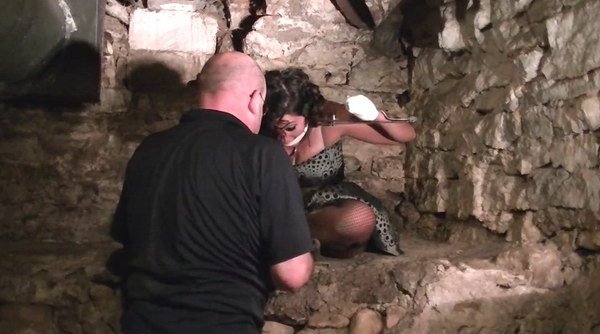 Wherein an unconcious Sahrye wakes up in a strange, damp place, surrounded by stone walls, her hands and neck trapped in an iron yoke, a chastity belt locked around her waist. He captor later appears, and despite her pleas, proceeds to lock irons around her ankles.. Sahrye struggles to escape, and her annoyed captor shoves a large ball gag in her mouth and wraps her face with microfoam tape Stefanie the lady in red in pantyhose with bound elbows! HD-WMV