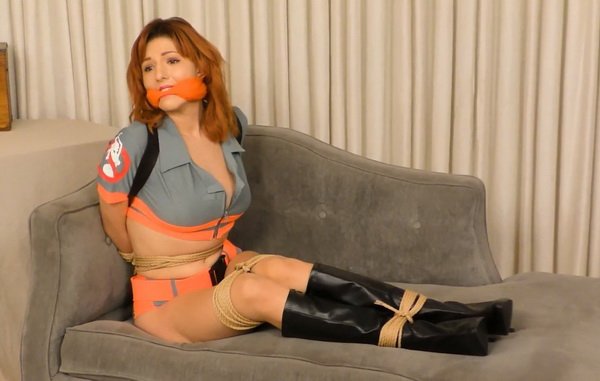 This two-part tale of sweet damsels in a spooky setting begins with an unusual episode of the reality show “Ghost-Catchers.” Sexy team member Keely Rose is separated from the rest of the crew when she encounters a kinky specter. The dark apparition waves his cane and suddenly nearby ropes become animated — and they start binding the busty redhead! Before Keely knows what’s happening, she’s cleavegagged and tied hand and foot. The hapless ghost-hunter struggles against the enchanted restraints, but the knots all hold fast. If that wasn’t bad enough, Ms. Rose’s randy otherworldly captor takes advantage of her helplessness and unzips her top, ultimately exposing her enormous breasts. The alluring investigator of the unknown continues her energetic struggles to free herself, but things are about to take a very strange turn for Keely! 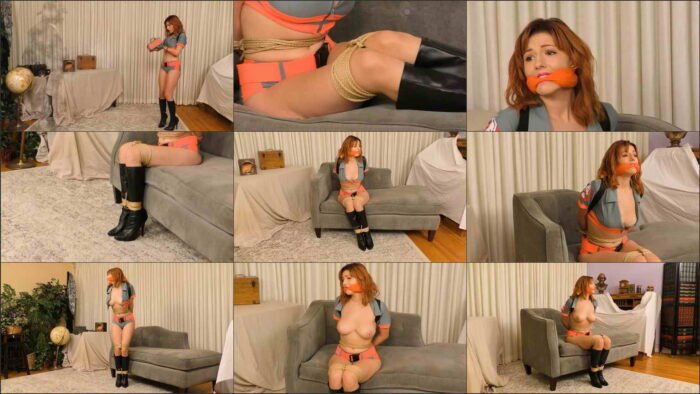 The Adventures of Miss Boxworthy Candle Boxxx, Jayden Cole, and Aidra Fox – The Complete Video
Get a PREMIUM Membership Now!