Home » General » Dakkota and Tony bound and gagged, I’ll just pretend that I’m not onto you two 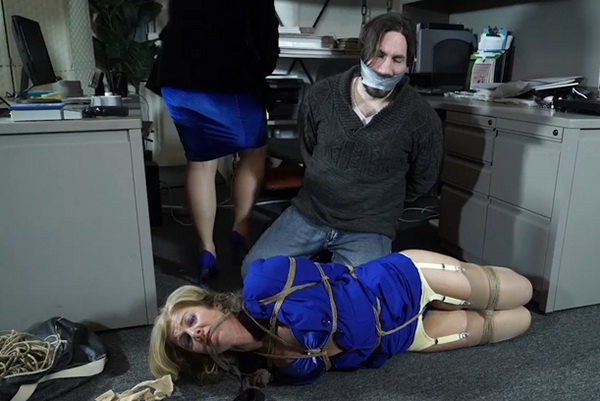 Dakkota is being tied up by Tony. He and JJ were supposed to get her tied up and then take the money from her work, it has been planned for a while. She is always bragging about how much money is in there but Tony had a change of heart. He told Dakkota about their plan, he isn’t going to leave her tied up, he is actually really into her. JJ found out what his plan was so she is prepared, besides it is obvious he is being too nice to Dakkota. JJ comes in and Dakkota has been tied up. He puts the two stockings in her mouth as a cleave and yells at her for having gotten them out- a lie of course. JJ isn’t impressed, the gag is ridiculous should could easily yell for help so it is soon replaced with one of the stockings in her mouth, one left around her mouth as a cleave and vetwrap, Much, much better… [borntobebound] She was flexible, just not with money [Moxie Rhodes, hogtied]

[borntobebound] My sister gagged our stepmom to be with her panties! [Samantha Grace]