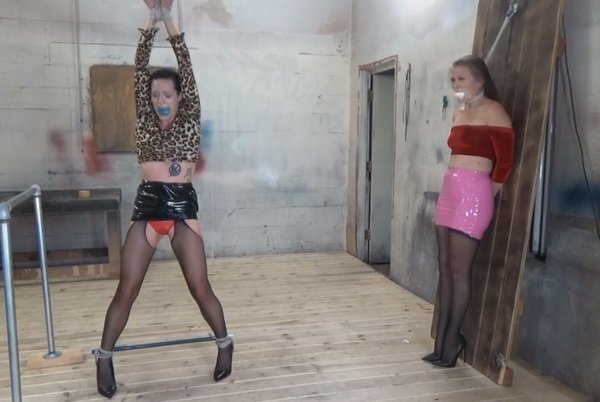 Dacey Harlot and her best friend Kitty Quinn are two georgeos sluts who like to tease and taunt men when they go out together. The partying duo are the best cock teases always leaving men high and dry. One of the men who was constantly going home with blue balls decided to teach them a lesson. He called me and Jim Hunter to have the beauties captured and tormented. He texted them address of the “hottest new club” in town and Dacey and Kitty arrive there excited and anxious to leave a line of men with hard dicks and no action. They’re wearing the tightest shortest pvc skirts, stockings, crop tops and very high heels and as they open the door to the building Dacey is grabbed from behind in a tight chokehold and dragged inside. The next thing she knows her wrists are tightly bound and attached to the wall leaving her bent over a steel pipe. Jims binds her ankles together and Dacey cries and struggles as I grope and maul her tight little ass. Next Jim drags in Kitty her arms bound behind her back. She kicks and struggles but his ropes up her neck anchoring her to the board. Jim fondles and gropes the pretty long legged redhead then moves over to Dacey. The two friends are making way too much noise so we stuff Kitty’s mouth with a large rag and wrap her pretty face around and around with clear tape. 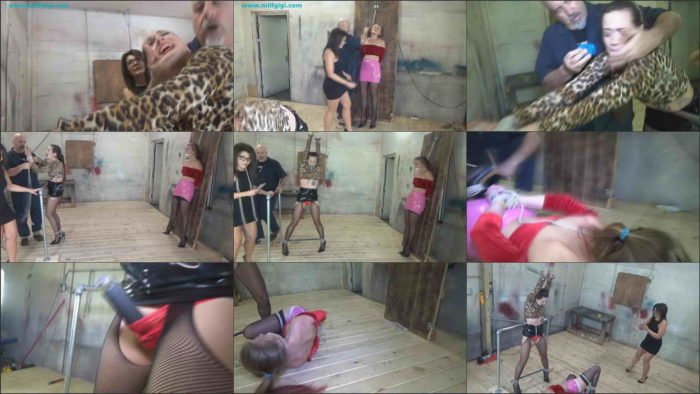