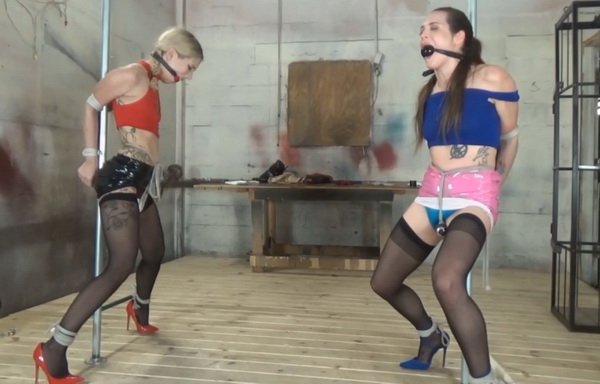 Sexy slut Dacey Harlot just loves to play with herself teasing the hell out of men. Today she has something very evil in mind. She knows lots of kinky men love bondage games with toys like dildos and vibrators so she calls one of her male friends with her video phone and tells him to be ready for her show. She presents him her sexy body in her provocative outfit playing with herself and her panty covered pussy and teasing him. Today she has a surprise for him. She’s invited his girlfriend Garnet Rose over to play with her and show her some bondage tricks. Dacey uses a blindfold to cover Garnet’s eyes then ties her wrists tightly together. Garnet struggles sensuously as Dacey explains that she will give her sexy bondage and teasing all night so that Garnet won’t want a man’s cock anymore instead preferring Dacey’s sweet hands and pussy. Garnet’s man is furious and he calls me to intervene. I watch through the window as the two girls are playing some bondage games. I wait until they’re both handcuffed then step inside and grab the handcuff key. I push Dacey down on the floor and tie her ankles tightly together while both girls are trying to get out of the cuffs. I do the same to Garnet. Both are moaning and complaining too much and I leave the room in search of something to gag them with. The girls seize the chance to untie the knots of their ankles and free themselves… 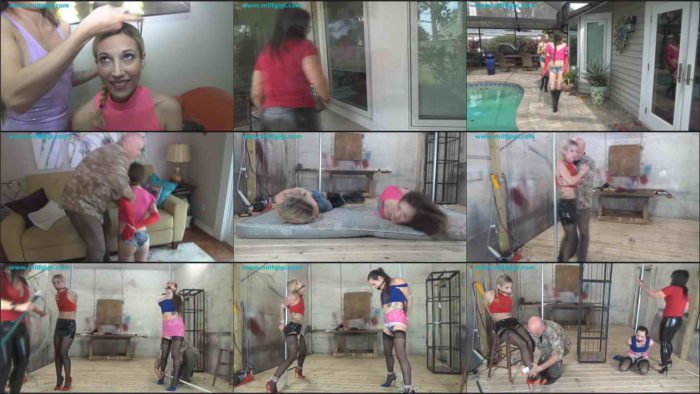