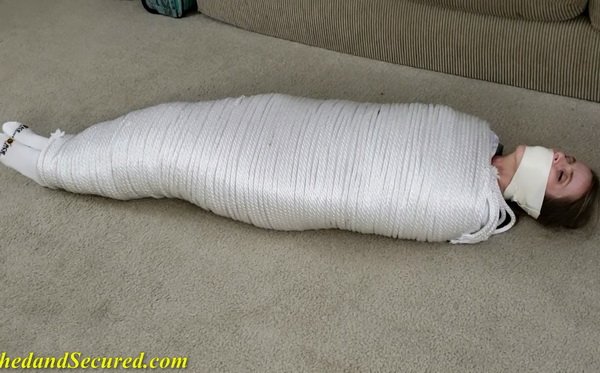 Sometimes a burglar seems far more interested in tormenting and humiliating his captive than he does in actually taking anything, and the man who broke into Claire’s home certainly fell into that category! As she recounted her tale to the dubious police officers, she flashed back to the ordeal the burglar has left her in: Tightly gagged, clad in sweats and socks, and mummified in a truly insane amount of rope! The disbelieving woman had been cocooned like she was a character in a sick cartoon! She could barely move and she certainly could not free herself or cry for help. All that was left for her to do was to squirm impotently, twitching her sock-clad feet while grunting and groaning beneath the tight medical tape that had been wrapped around her face, sealing her dirty panties in her mouth and ensuring that she could not be heard, let alone summon help! As she sweltered in the cocoon, she promised herself one thing: If she ever got free, she’d be installing a VERY good alarm system! 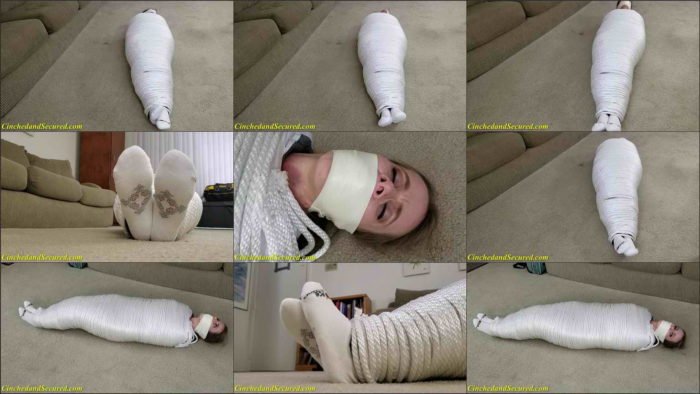 Cinched and Secured Claire and the Magic Box

Claire Irons Bondage – Get Some Rest