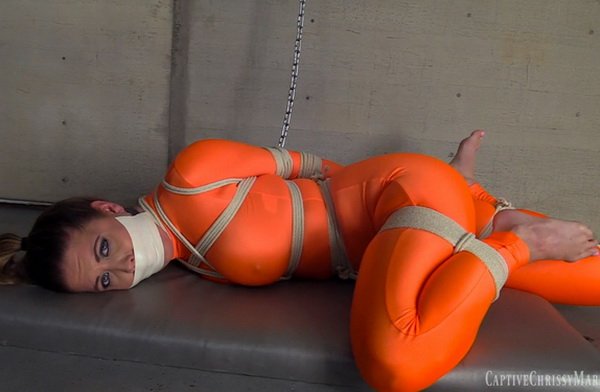 This story takes place a few hours after where ‘Tricked into Imprisonment’ left off. Chrissy has been transported from the testing facility to a prison where she has been locked inside of a cell. She finds herself in quite the compromising situation. She is on the floor of her cell wearing a very tight orange spandex jumpsuit. She is very, very tightly bound in an excessive amount of ropes and her hands have already been taped together tightly in microfoam tape. There is a metal chain that is attached to the back of Chrissy’s bindings that has tethered her to her cell. She has a ballgag strapped around her neck, but not yet in her mouth. Chrissy struggles and looks around the room saying “I feel like I’ve been tricked or something. I don’t understand how I’m supposed to get out of all of these ropes by myself.”… 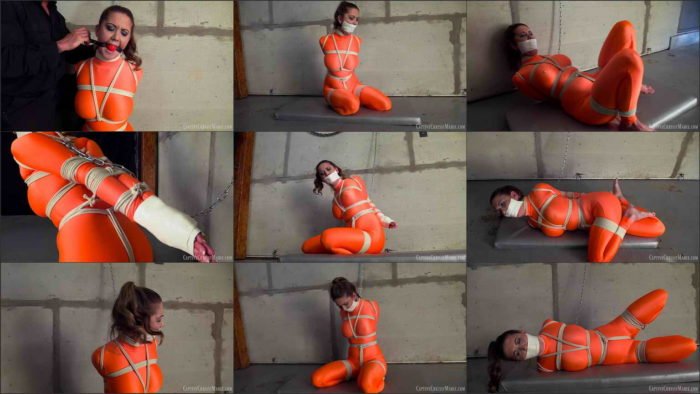