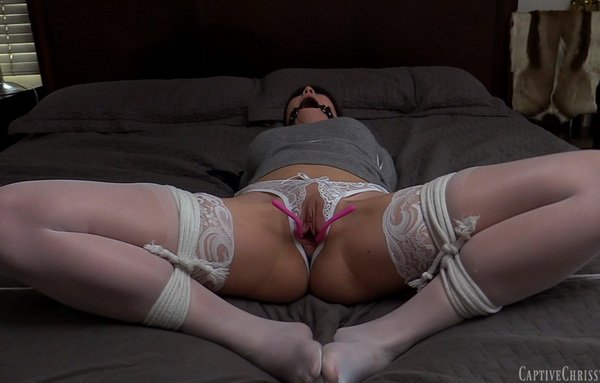 On her boyfriend’s birthday, Chrissy plans a special surprise for him. While he’s still at work, she sets up her computer to record a selfie video. She’s using a cool new app for that can be programmed to auto-zoom in a certain way. Also, it stops recording after a preset time and then sends the clip by e-mail to a predefined address. The selfie video starts with a close up of Chrissy’s face. She’s addressing her boyfriend by talking directly into the camera. She tells him that this year, she did not buy him a present … she is the present! She continues to say that she knows he likes turtlenecks, and she knows he likes to tie her up. Both are weird, but she’s fine with it. What she finds even weirder is that he also wants to gag her. What the heck is so exciting about that? If he doesn’t want her to talk during sex, she could just shut up deliberately. Does he really have to put a plastic ball into her mouth, secure it with a strap, and even tie her hands so she’s unable to remove it? She doesn’t get it. But guess what – today is his lucky day! She browsed through his secret toolbox and found some stuff that he obviously would like to see being used on her. This is going to happen right now! 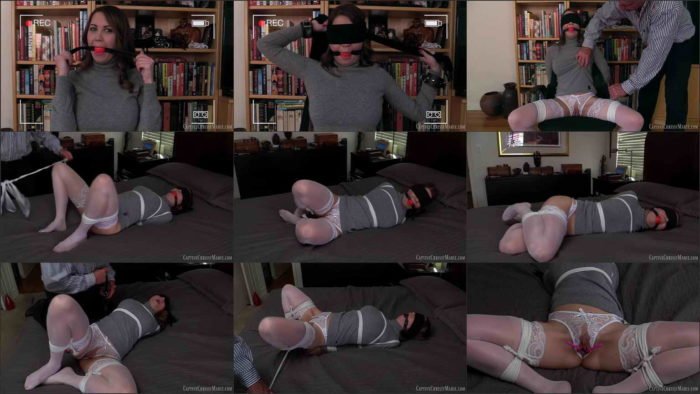 Chrissy Marie Tape Bondage – She Shouldn’t Have Tried To Escape!