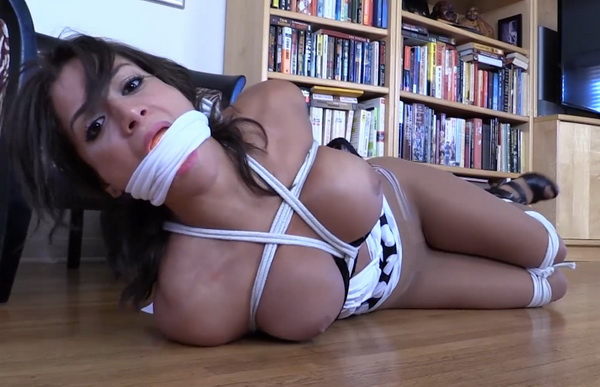 Chichi was suppose to be watching her younger step-brother Instead she was on the phone talking dirty to her boyfriend. As she started to get turned on and touch herself, she didn’t realize she was being watched by her step-brother. With a cell phone he shot photos of her pretty panties up her tight skirt. All of a sudden, he made a noise and Chichi saw him. She hung up the phone and started to scold her step-brother. But when he told her he had photos that he was not only going to show step-mom and step-dad, but he was also going to post them on her social media. Chichi had no choice but to give him what he wanted and that meant she had to let him tie her up. Chichi didn’t think it would be such a big deal. In fact she had let him do this in the past. But today he was going to take real advantage and at one point Chichi found herself mouth stuffed and gagged. But things would get much worse because sometime later, Chichi found her blouse open and her bra down. Now as she struggled frantically, her big tits bounced about on the floor. She had to to get loose before step-mom and step-dad came home to find her this way. 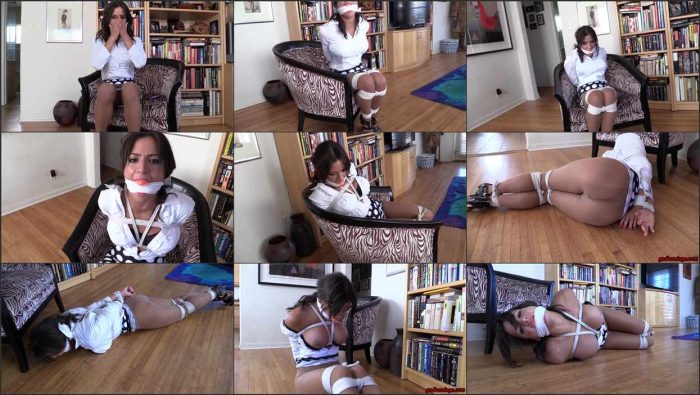 Chichi Medina – Let me stuff my panties in her mouth to gag her! gndbondage

OMG! Somehow I found myself as a bound and gagged woman! Claire Irons gndbondage

Big mouth Sahrye stuffed with a huge pair of panties

Gia Love bound – She warned me not to be alone with Uncle! GNDB0474

Luci Lovett – Tied up, gagged and Oh My! He pulled my panties down! gndbondage