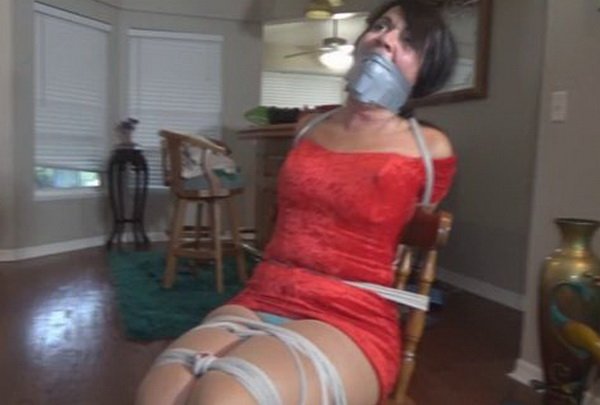 Nobody knows how much time has gone by since my husband Jim Hunter became … minutes, hours, days? Now I too am still brutally hogtied on the floor and my hope for my life is flying away with every second. But after a whille Jim seems too regain consciousness. He wakes up, lifts his head and looks around. With some eeffort he stands still weak in the legs and looks at me. I implore him through my massive gag to let me free. He is recovering little by little his strength. He removes my gag in order to allow me to speak and he removes the hogtie keeping my arms and legs tied… Jim Hunter had a Heart Attack While I was Tied Up

One hung one hogtied, tied elbows

Hogtied and gagged Carmen Valentina desperately runs through the woods