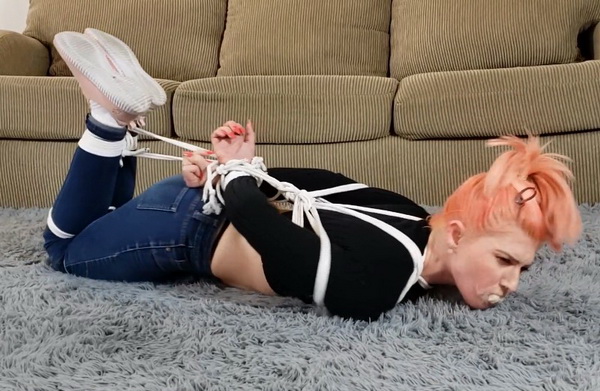 Autumn had been feeling badly for her roommate and her financial woes, and so she decided to co-sign a loan to help her get back on her feet. Imagine her surprise when she was visited by a collection agent who wanted to speak to her roommate about missed payments! Unfortunately, her roommate had skipped town and Autumn was going to be held responsible per the terms of the lease. That was when she learned exactly what those terms were: she would be bound and gagged and photographed with the pictures being sold on the internet! Before she could protest, her mouth was packed full of socks and sealed shut with very sticky clear tape, and she immediately found her body being tightly compressed and restrained in rough rope! She thrashed about the living room, grunting and complaining into the gag, her shorts sliding down to reveal her thong, adding to her anger and frustration. When the debt collector returned, he hogtied the poor girl making escape an impossibility. That was when he revealed the worst news of all: it was quitting time! Since he did not work on an overtime basis, she’d have to spend the entire night bound and gagged until his return in the morning for the pictures! 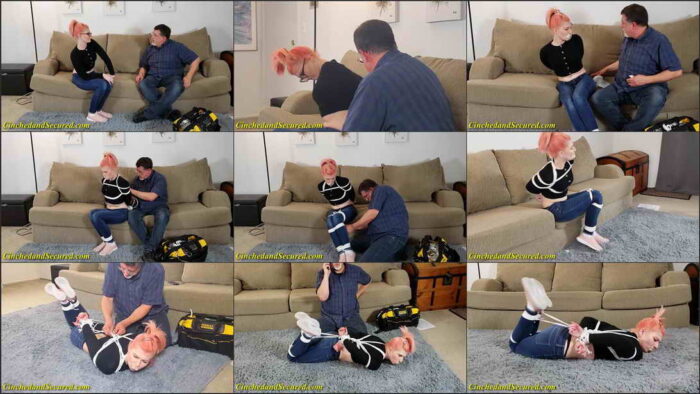