Home » Bondage M/F » Anna Evans to her knees so he could tape her up, gndbondage 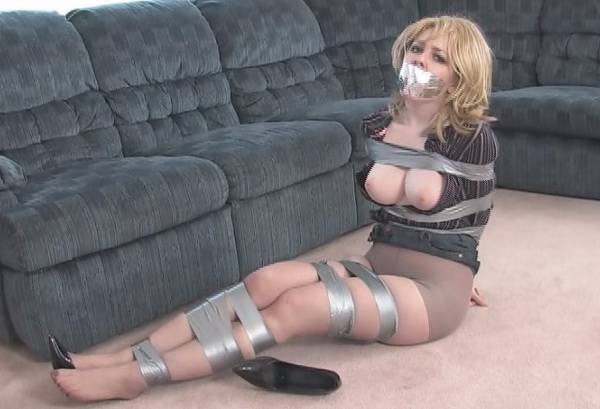 A masked man has invaded Anna’s home. He makes her get on her knees where he starts taping her up. Once he has her restrained, the man stuffs a pair of her panties in her mouth and then seals them in with more duct tape. Anna struggles with the tape as the robber goes off. She is still afraid what he might do, so she makes sure he is not watching as she struggles to get loose. After a short while the man returns and makes Anna sit up. Anna is very frightened as she worries what he plans to do with her since she is helpless and unable to stop him. Then things get worse when he rips her blouse open. Since Anna is not wearing a bra, her big boobs burst out. He warns Anna that if she doesn’t cooperate, the pantyhose will be ripped off next. And, since she isn’t wearing panties under, things could get really bad for Anna. He then leaves her as he off again to finish robbing her. Sometime later in the day, Anna’s husband will come home to find his beautiful wife taped up and gagged with her tits out. But by then, the masked man will be long gone. 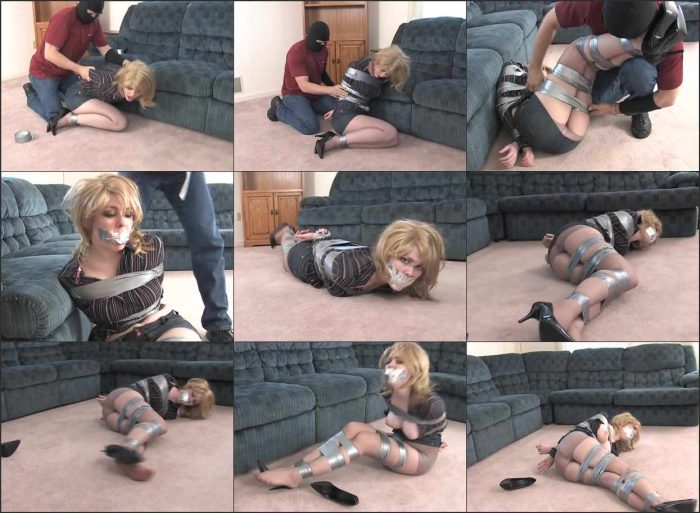 Natalie Charms – When he taped me up and gagged me, I knew he wanted more than pussy! gndbondage

Chichi Medina gndbondage – Home Invaded-Taped and gagged in her pajamas