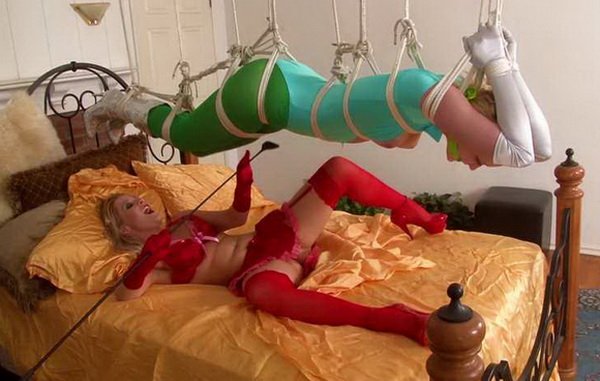 This thrilling video is now bargain priced! Sexy secretary Keisha Grey is alone and working late in the office when she decides to indulge in a self-bondage fantasy. She places a handcuff key frozen in ice before her and narrates her fantasy as she locks on legirons and handcuffs. Keisha then gags herself with a strip of duct tape before grabbing a vibrator and enjoying a restrained orgasm. But before the ice melts, a burglar enters and discovers her in this humiliating predicament!
The busty brunette is been taken captive by a burglar who found her alone in the office (and indulging in a self-bondage vibrator session). The ski-masked villain ropes up the curvy cutie, and despite her pleading he thoroughly gags her with several strips of duct tape. He hogties his captive and she helplessly struggles while he ransacks the office. He bares her ample, all natural breasts and then tells her he’s going to bring the bondage-loving secretary along with him when he makes his getaway.
Next the barefoot babe is dressed in lingerie and post-tied legs apart in a hands over head position. Despite her protests, the villain cleavegags his pretty prisoner and watches her squirm. Soon he cuts away her lingerie to expose her ample breasts and snips off her panties, then adds more rope to secure Keisha to her post. This isn’t what this bondage-loving lady was hoping for… or is it? 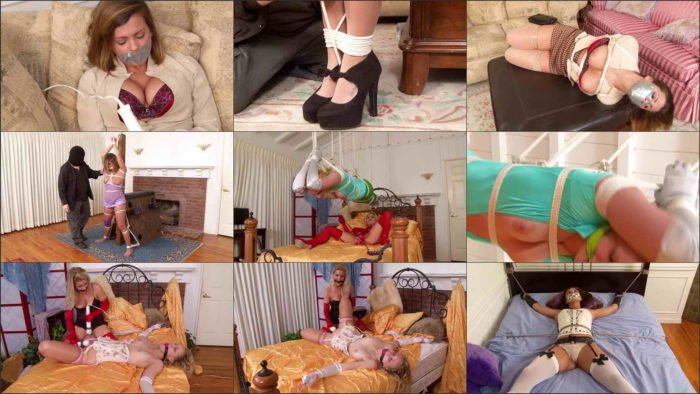