Home » Bondage M/F » You’re not reporting me to anyone! I’ll make sure of it! Mizz Shutters gndbondage 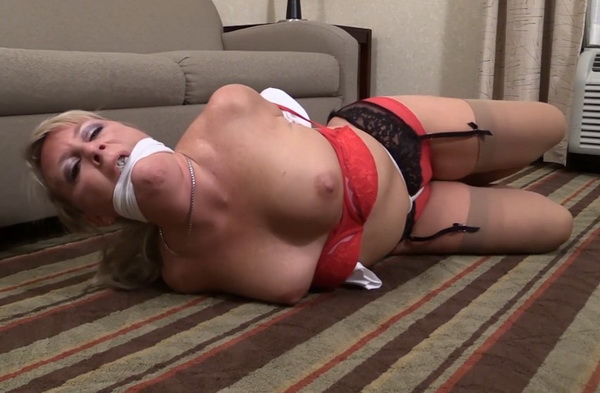 Samantha, the hotel manager came to his room because the credit card he sue was not valid. When he was unable to come up with another one, she threatened to report him for using a card that did not belong to him. But this man was not a good guy and he decided to make sure she could not do anything. He grabbed her and held her still with his hand around her throat. This is when the man realized something. Instead of screaming for help, Samantha reacted as if she was turned on by being man handled. The rougher he treated her, the more turned on she got. The man then brought out rope and started to tie her up. Still the hotel manager made no attempt to cry out. But just in case the man brought out a ball gag and strapped it in her mouth to silence her. As Samantha was left to struggle bound and gagged, she started drooling all over the place. So some time later, the man re gagged her by stuffing her mouth and tying a rag between her teeth. He also brought out more rope and tied her a bit more secure. This had a very good effect on his captive hotel manager as she starting trying to beg him to fuck her while she was tied helpless. Eventually he would, but first he wanted to watch her work herself up a bit more. So after removing her skirt, he hogtied her. He also tied a piece of rope between her leg to crotch rope her. he tied this rope so tight, it pushed her pretty red panties deep up into her pussy and soon she was moaning with pleasure as she had her first orgasm. 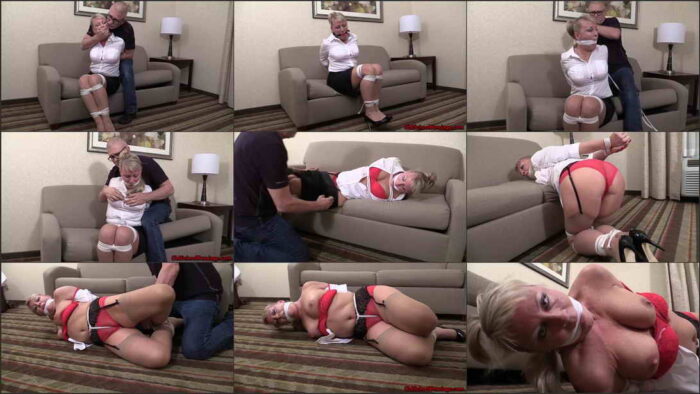