Home » Bondage M/F » Whitney Morgan Bondage – They took my waitress uniform and left me tied up and gagged! Oldschoolbondage 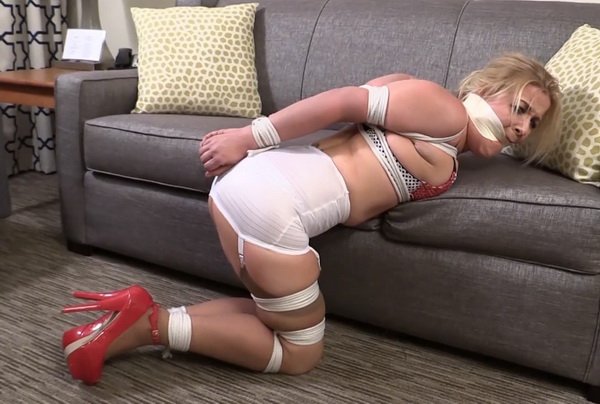 A man has needs a girl dressed as waitress. So, he has grabbed a waitress named Whitney and has her tied to a chair. To keep her quiet, he has her mouth stuffed and gagged. Since Whitney will not go along with his plot, he calls a friend of his to come over to take Whitney’s place. But to do this, they will need Whitney’s waitress uniform. So, the man unties her and makes her take off her dress. Then with her dressed in only her bra, girdle and stocking, the man ties Whitney up again. This time he gags her by stuffing her mouth and then wrapping tape around her face and mouth. Whitney rolls around as she struggles bound and gagged. She must warn someone, but because she is tied helpless, she cannot get to her phone. When the impostor woman shows up and dresses up in her uniform, Whitney learns that she will be spending the rest of the night alone with the man. And when he pulls her bra down to fondle her, she knows exactly what he is going to do with her to entertain himself. 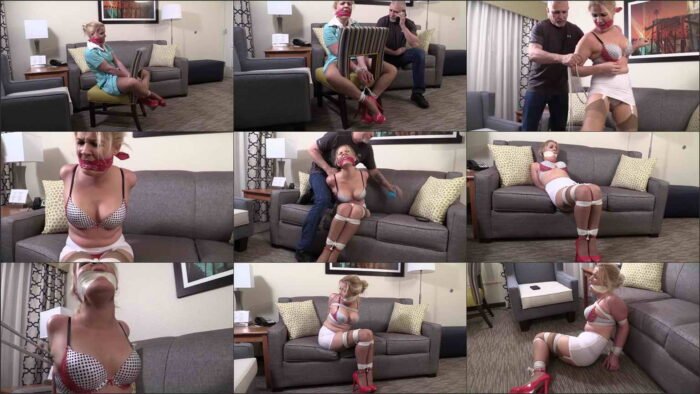