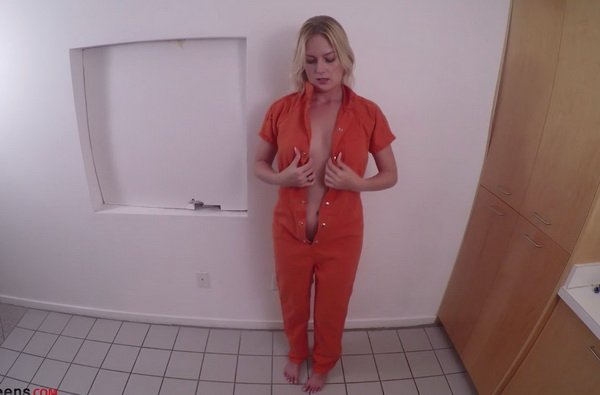 Vika is taken to the station where she is interviewed, and forced to strip and change into a jumpsuit after waiting in handcuffs for hours. The officer is unpleasant and tightens Vika’s cuffs as tight as they’ll go because Vika makes snarky comments towards the officer. The officer then puts a belt around the new inmate, maximizing security so she can’t escape. Come watch Vika become an inmate. 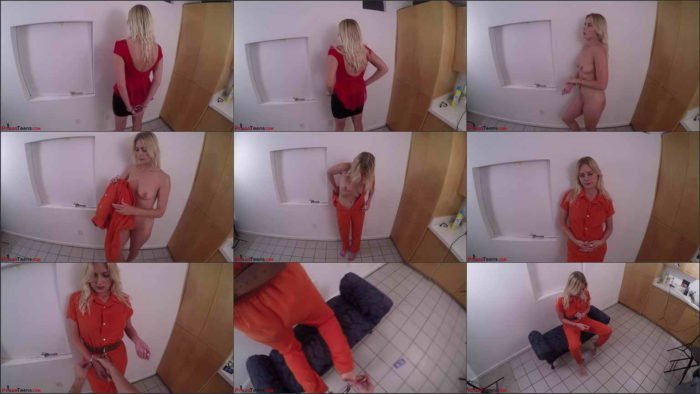