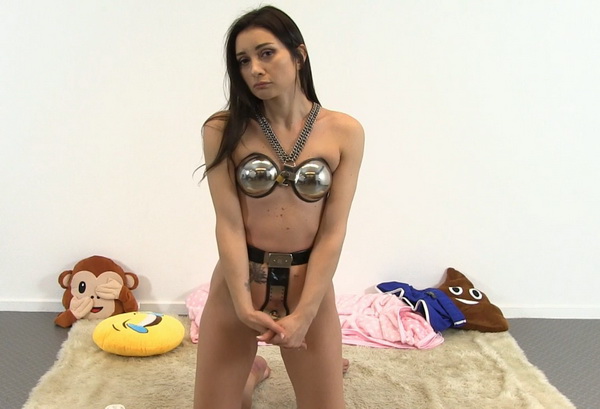 It’s amazing Chastity Babe Valentina Bianco could still move, it really was that tight (and with 2 plugs in a tight belt, sometimes girls can’t move at all!). She tried for a while to rub her pussy but there was no sensation anymore. She could move the plugs a little by touching their base, but that didn’t do much either. Fortunately for Valentina, she can climax by playing with her nipples! I realized that almost too late, so I had to run off, find the smallest chastity bra, and run back to make her lock it on. Just in time! Valentina was now even more pleading and innocent, but I made her lock herself in the bra. She knew her last chance was gone now. There would be no way to climax now, unless she would get her hands on the keys. The worst thing for her was that she had aroused herself by rubbing her clit just before getting belted AND she played with her nipples just before getting locked in a chastity bra. 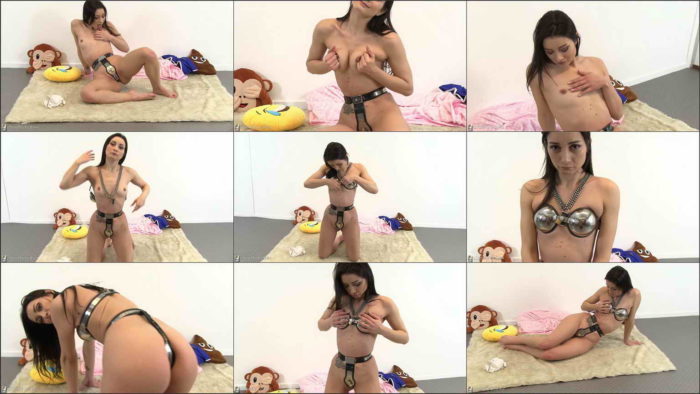 Babygirl Emma reporting, locked in a belt and bra